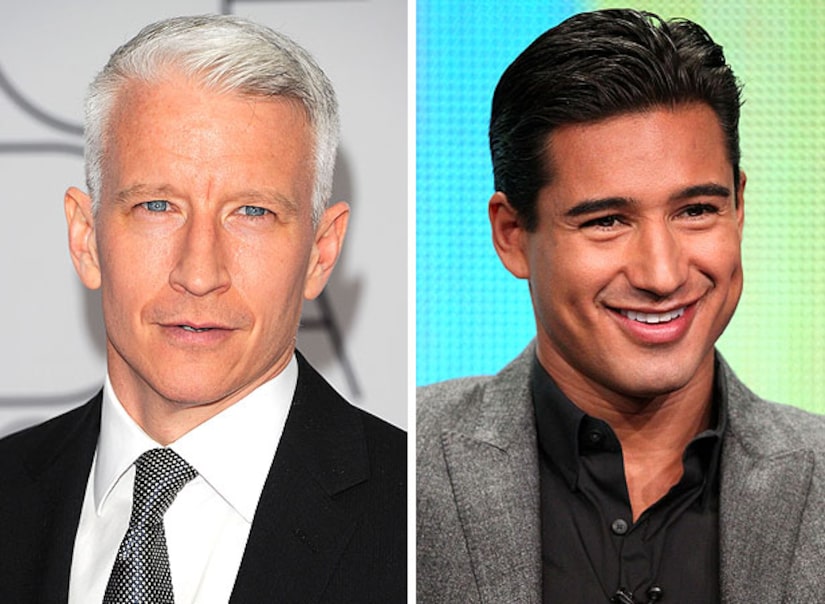 On his CNN show, "Anderson Cooper 360," Cooper found out he came in second to Conan O'Brien in a "Best Head of Hair on TV" poll - and then quipped that he at least beat "Extra's" own Mario Lopez, along with model Fabio and actor Ashton Kutcher.