When Lady Gaga stepped out as her whiskey-drinking, chain-smoking, Ralph Macchio look-alike Jo Calderone, she made sure she stayed in form. The singer, who insisted to the crowd that "Gaga wasn't here tonight" at Sunday's VMAs, even used the men's restroom, according to FOX News. 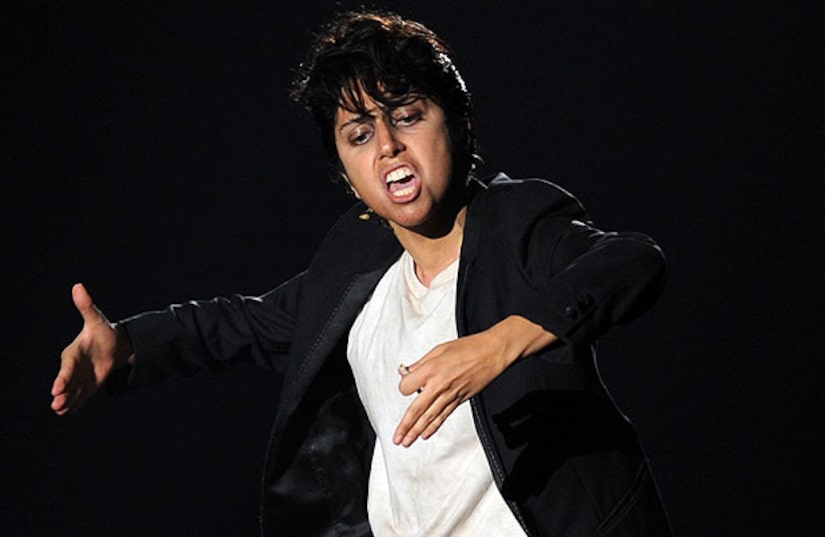 After announcing Britney Spears had won the Video Vanguard VMA, Calderone asked Spears for a kiss, but the pop princess pulled away, laughing, "I've already done that," referring to her famous 2003 smooch with Madonna.

Beyonce's Giant Announcement at the VMAs!

Some critics say Gaga went too far with her drag routine. "Gaga's shtick wore out its welcome in the first two minutes. In her effort to be original and run away from the cube-hat-wearing copycats, like Katy Perry, I think she might have pushed the audience too far," said television and music producer Edward Paige.

The 25-year-old "Bad Romance" singer, known for her outrageous outfits, took home the Best Female Video and the prize for Best Video with a Message for "Born This Way."