Looking gorgeous on the cover of Vanity Fair, Angelina Jolie discusses the secret obsession-turned-screenplay she kept hidden from her family. Vanity Fair Contributing Editor Rich Cohen says Jolie began writing the screenplay for "In the Land of Blood and Honey" when she had the flu and couldn't find anything to read. 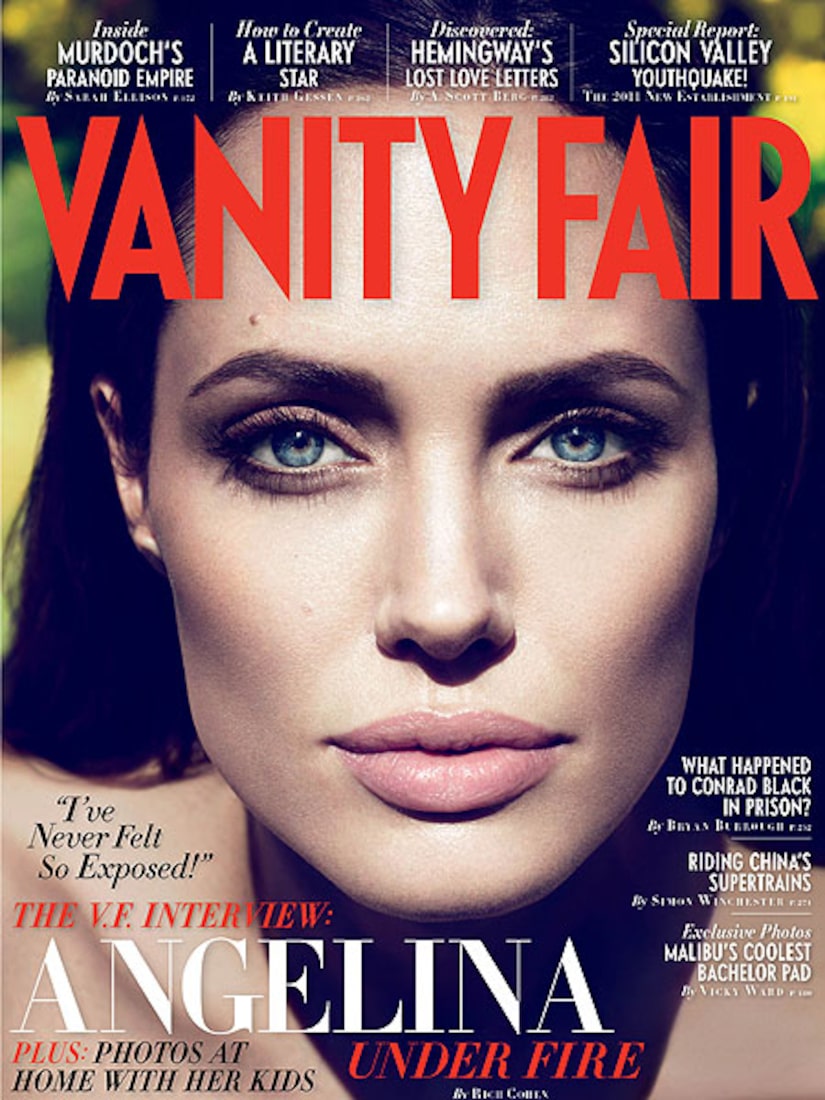 The actress and mom revealed she worked on the screenplay after Brad and the kids had gone to bed. One month later, the controversial story about forbidden love in war-torn Bosnia was complete.

Cohen said, "Brad took a look at the script on a trip, and when he was finished reading it, he called her to say, 'Honey, it's not that bad!'"

He continued, "When it came time to turn it [the script] over to somebody else, she just couldn't stand to do it, so she said by default she became the director."

Angie is One of Hollywood's Sexiest Action Stars!

The mother-of-six tells the magazine of her experience behind the camera, saying, "I had such a good experience [directing], he [Brad] thinks I'm going to be impatient with directors [in the future]."

Angelina also declared, "I'm not pregnant. I'm not adopting at the moment. There are no plans for a secret wedding."

The October issue of Vanity Fair hits newsstands on September 6 and "In the Land of Milk and Honey" opens in theaters in December.