Hollywood A-listers living on the East Coast are preparing for Hurricane Irene, a Category 2 storm that should hit area by Saturday.

Sarah Jessica Parker told reporters that she has water, flashlights and batteries. She's also "removing anything that could fly through windows," the AP reports. 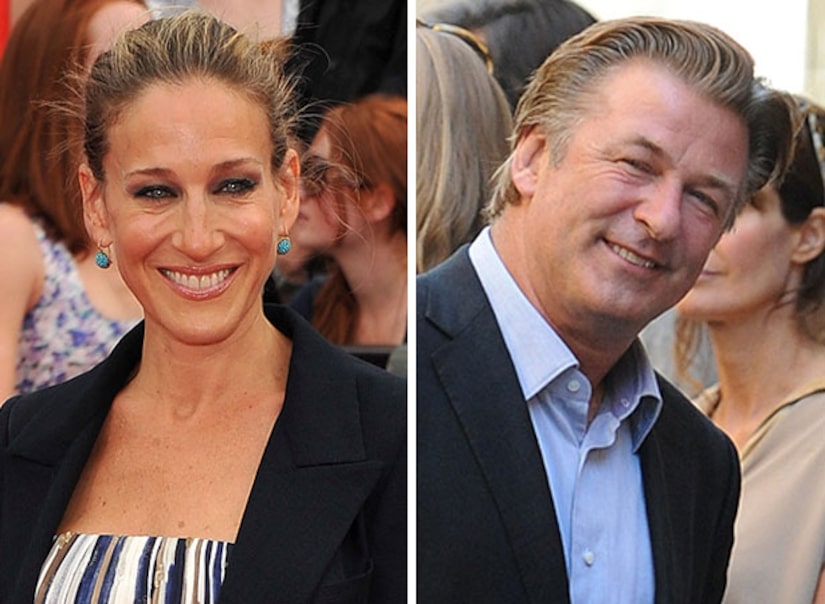 A concerned Alec Baldwin tweeted, "Is the storm coming here? IS THE STORM COMING HERE?!?! AAAAAAAGGGGGHHHHHH!!!!" then later added, "I have water, batteries, a Scrabble dictionary, peanut M&Ms, a copy of 'Decision Points' and a Thigh Master."

ABC's Katie Couric may have waited too long to buy supplies, tweeting, "Preparing for #Irene! Went to drugstore at 7:30 and no flashlights! Arrrgh! Will try later..."

Although Kirstie Alley isn't an East Coast resident, she did have a stern message for those who may have to leave: "If you find the need to evacuate for the impending Irene... PLEASE take your pets.......and of course your kids....LEAVE bad lovers behind..;)"

Even Donald Trump had something to say about the impending storm. Watch!

The Dave Matthews Band Caravan cancelled weekend performances on Governors Island. Other cancellations include Williamsburg's Smorgasburg, the Battle of Brooklyn's Sunday events, The Metropolitan Opera's first two screenings in its outdoor opera film festival in Lincoln Center Plaza, the Afro-Punk Festival, and all of Sunday's FringeNYC shows, and dedication of a Martin Luther King memorial.

Stay tuned for details throughout the weekend.