Jada Pinkett Smith and Marc Anthony did not hook up on the set of "HawthoRNe," according to crew members, reports TMZ. 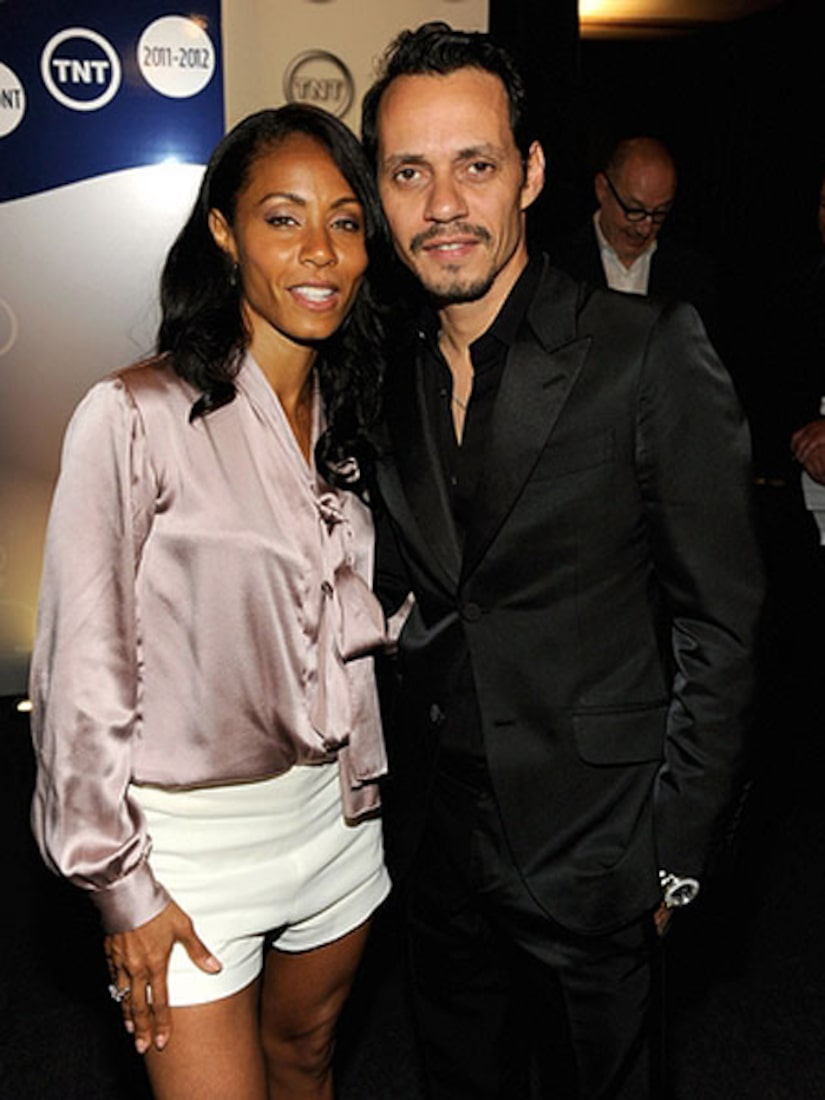 The crew says the two were strictly professional on set and even practiced their lines separately with an acting coach, rather than inside their trailers together.

Will and Jada: Love on the Rocks?

Will Smith would also visit the set sometimes, and the interaction between the husband and wife appeared as if "they were on their honeymoon."

The two were spotted on Wednesday happily strolling through Malibu Country Mart for a little afternoon shopping and lunching, firing back at In Touch's story of their separation. Despite the threat of a lawsuit from the high-profile couple, In Touch sticks by their story, and in an explosive new report, say their PDA is "all for show!"

Marc Anthony's estranged wife Jennifer Lopez, currently busy filming on set with a new music video and movie,"Parker," is keeping a low-profile on the situation. "Extra" insiders say a rumor about Anthony and Lopez planning a reconciliation vacation is not true.