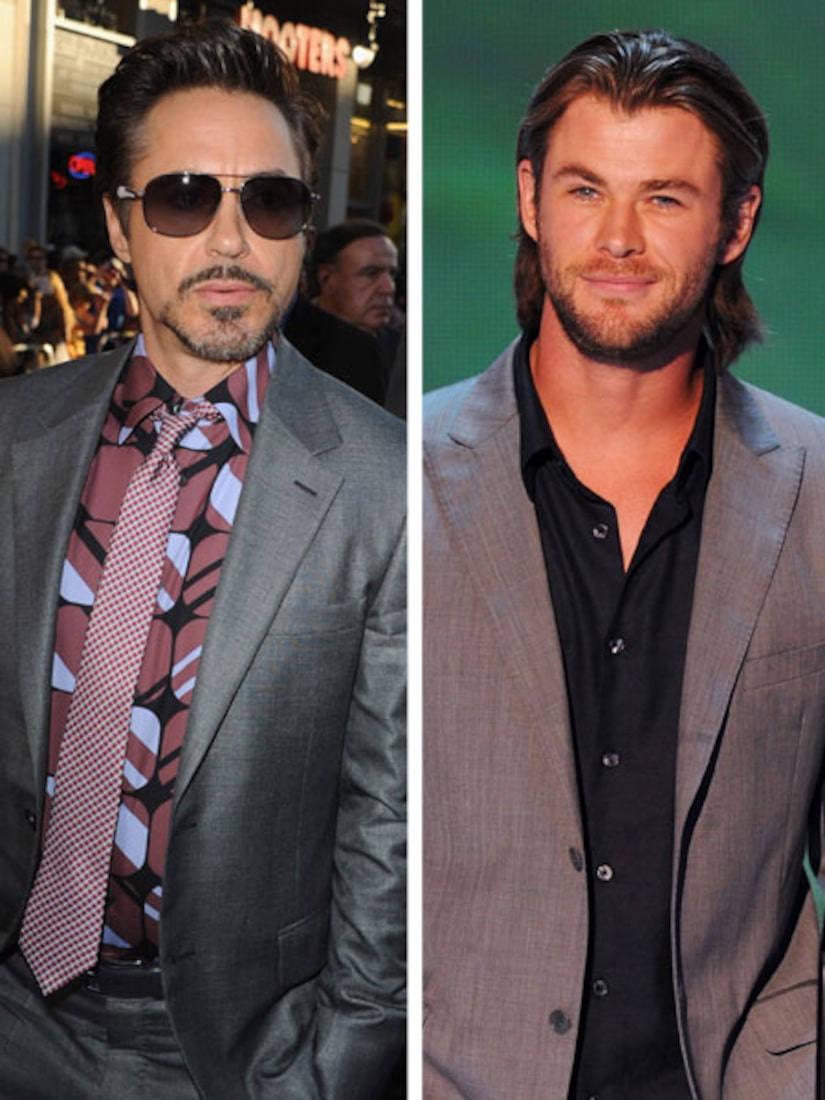 Without giving too much away, "Iron Man's" Robert Downey Jr. said to Seymour, "When I first read the script I didn't understand why Thor was kicking my ass so much, and now, I understand."

Who is This Summer's Hottest Superhero?

The actor added, "Thank God, if there's a global threat, there are bad guys behind it. 'Cause imagine if..." Chris Hemsworth, who plays "Thor," chimed in, "If it were good guys fighting good guys!"

Scarlett Johansson, "Iron Man's" Black Widow, was seeing red -- on her head! The former blonde will return as Natasha Romanoff, also known as the Black Widow, and laughed, "I feel like I spend a lot of time in the hair chair."

Terri also chatted with comedian Sarah Silverman, who set the record straight on a recent rumor. "I'm helping Ashton Kutcher be funny for 'Two and a Half Men' and I'm gonna write for the show. None of it's true."

Watch all the interviews!