She'll be back! After months of negotiation, Jennifer Lopez has inked a $20-million contract with "American Idol." FOX announced Wednesday that the superstar will return to the judges' table in January for the show's 11th season. 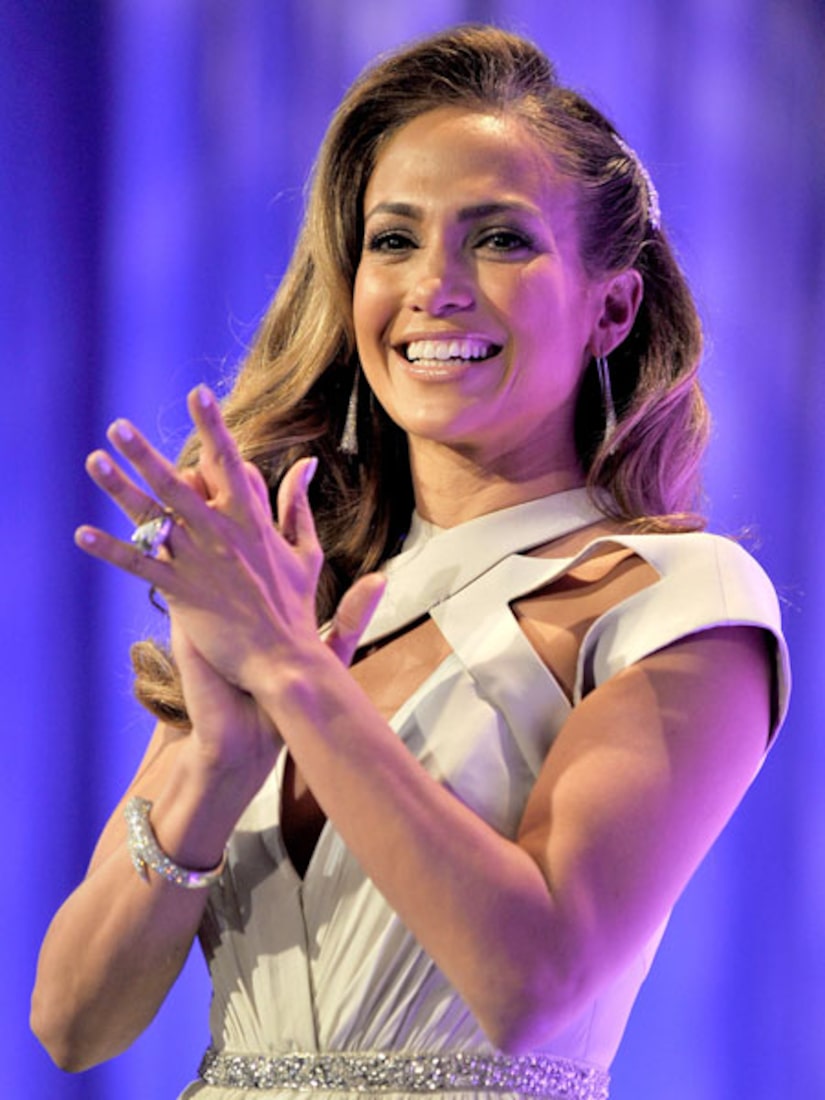 Although producers were pushing for a multi-year contract (like the one Steven Tyler has), Lopez agreed only to a one-year deal and will reportedly receive a giant $8-million raise... almost doubling her paycheck from last season's hefty $12-million.

Get J.Lo's Looks for Less!

Jennifer's return to the reality show may have been an expensive one for producers, but well worth it. Ratings for the last season of "Idol" were stronger than they had been in a while, with many critics crediting the show's revitalization to J.Lo and Tyler.

At a press conference on Thursday in Atlanta, Lopez said, "I really enjoyed last year. I had a really good time working with Steve and Randy."

The mother-of-two added, "I love the Southern hospitality and the food too much, but I can't wait to get home to my babies."

Executive Producer Simon Fuller said, "Having both Jennifer and Steven return to 'Idol' in 2012 alongside Randy is such a positive reflection on what was a wonderful and hugely successful season last year, and everyone is delighted."

Lopez Through the Years