Brad Pitt and Angelina Jolie made the cover of People magazine this week, detailing their globe-trotting life with their brood of six growing children -- which continues to be a big adventure. 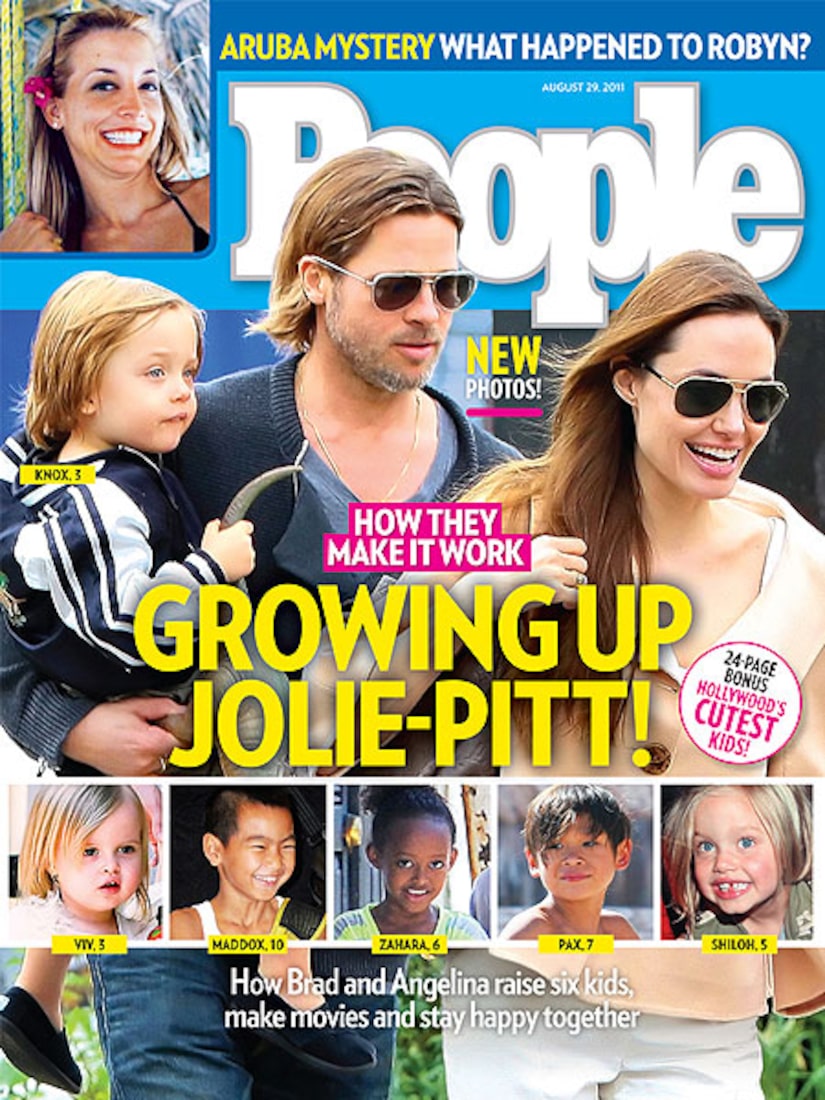 "Now that all the children are older, things have calmed down a bit in the household," a source told People. "There's a great family dynamic right now." The source added, "The children are always playing, jumping on each other and sharing fun moments. They share a special bond."

Oldest son Maddox, 10, "is almost like a teenager now, the way he understands things," said another source. "He's grown up very quickly."

Six-year-old Zahara and 5-year-old sister Shiloh are very close, while 7-year-old Pax "has become more independent in the past year." Even 3-year-old twins Knox and Vivienne are growing up, helping to pack their own suitcases. 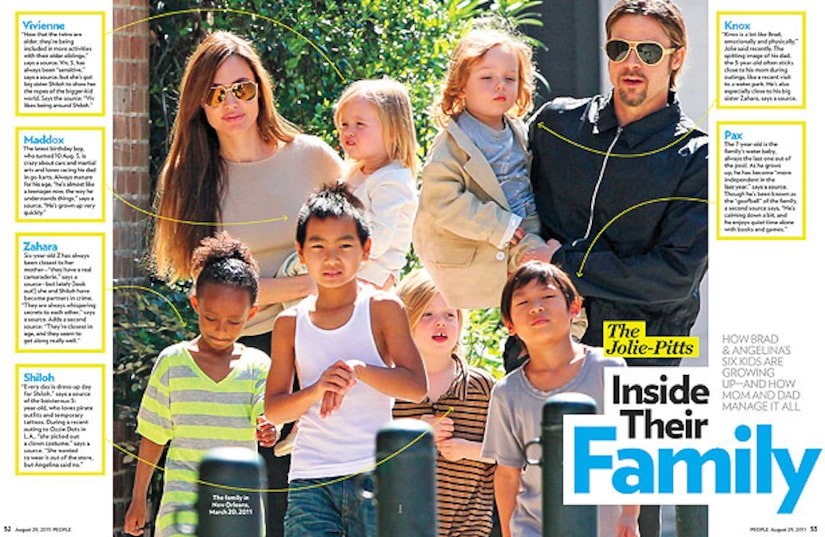 Pitt is currently filming "World War Z" in Europe and recently hired a private train to transport his family and crew to Glasgow, Scotland.