Actress Salma Hayek graces the September cover of Allure magazine, in which she talks about her views on plastic surgery, her sexy image... and her famous décolletage. 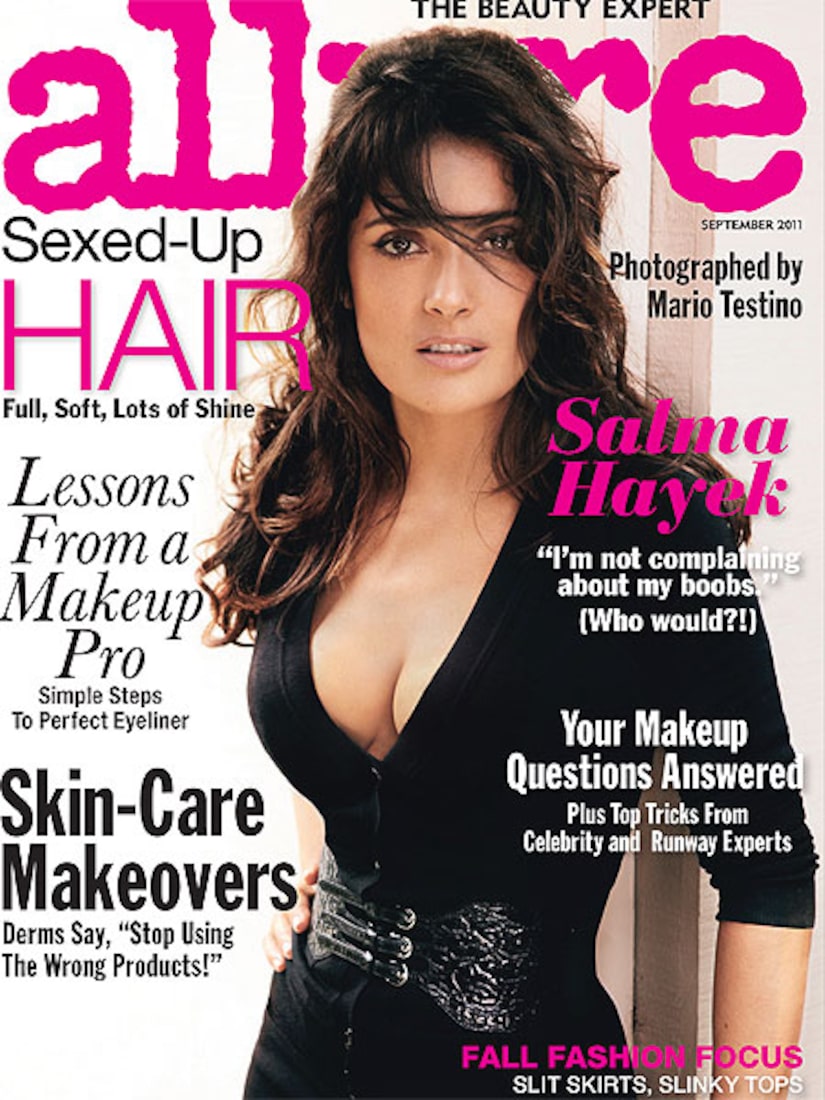 Hayek quipped, "My boobs, they're not bad, by the way. I'm not complaining about them."

As for her image as a sex goddess, the actress responded, "When I first started, I found that I had to play the part of something they could swallow in Hollywood, which was the sexy Latin girl, I was not dressing like that in Mexico." 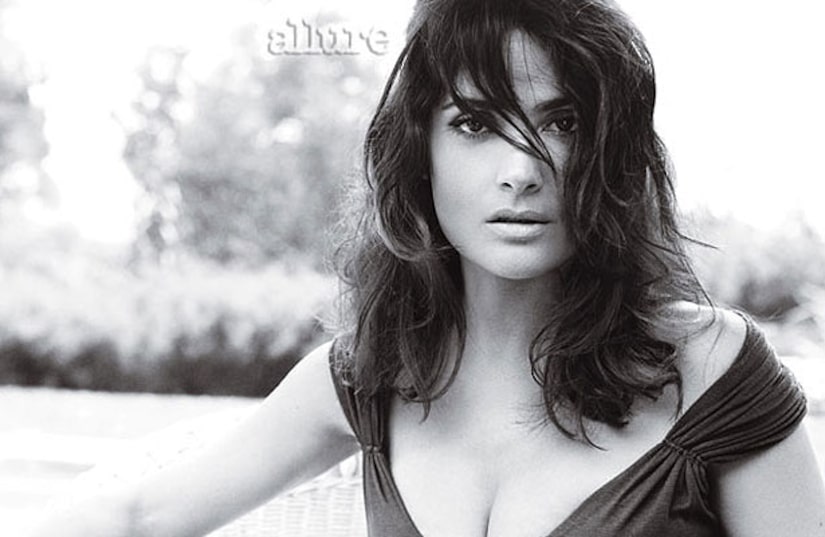 Hayek also said she keeps things au naturel. "I've never had anything done on my face. I've never had dermabrasion or peels or injections of any kind, nothing."

Read more quotes and flip through the complete gallery at Allure.com!