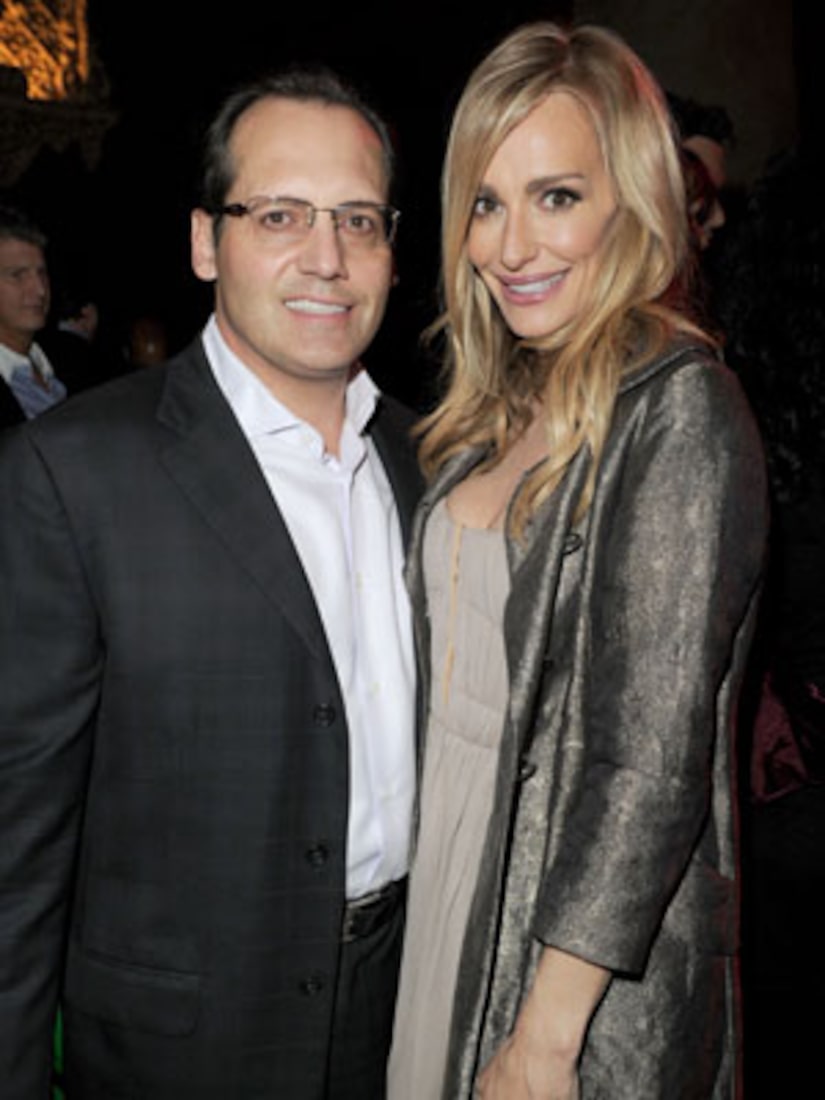 Armstrong was found hanging in a bedroom in his home on the 14000 block of Mulholland Drive. He was 47.

The L.A. City Fire Department pronounced him dead at 8:16 PM Monday. There was no suicide note, according to authorities. An autopsy will be performed either Wednesday or Thursday.

UPDATE: A statement was released on Taylor's behalf that read: "Taylor Armstrong is devasted by the tragic events that have unfolded. She requests privacy at this time so that she may comfort her young daughter. Her thoughts and prayers are also with Russell's 11 and 13-year-old sons."

A Bravo spokesperson said: "All of us at Bravo are deeply saddened by this tragic news. Our sympathy and thoughts are with the Armstrong family at this difficult time."

Other "Real Housewives of Beverly Hills" stars also sent their condolences. "My sympathy and condolences go out to Taylor and Kennedy," Camille Grammer tweeted. "My thoughts and prayers are with them."

"My heart goes out to [Taylor Armstrong] and Kennedy during this devastating time," Adrienne Maloof tweeted. "You will be in my thoughts and in prayers."