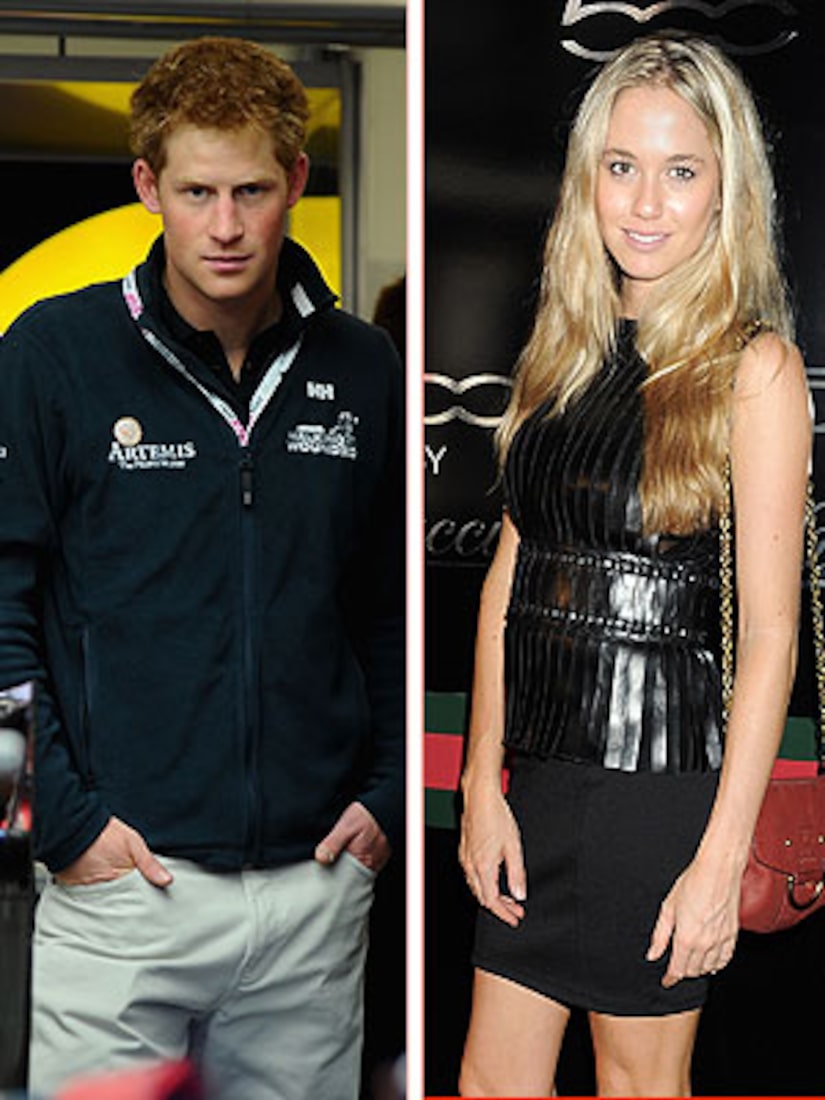 Although the hot couple seemed to be doing well, sources say the prince didn't want to be "tied down," according to the Daily Mail.

"Harry enjoyed spending time with friends over the summer, but he doesn't want to be tied town in a relationship when training," another source explained.

Florence, best known for her swimsuit and lingerie modeling, surprised many by gaining the approval of royal aides. Before the split, Brudenell-Bruce invited Harry to travel to Ibiza, but the royal hunk declined the offer.

Harry and Florence became an item shortly after the prince called it quits with his on-off girlfriend Chelsy Davy -- who is planning to return to London to begin work at the law firm of Allen & Overy.