Her six-year run on TLC's "Jon and Kate Plus 8" and "Kate Plus 8" will soon be over, but reality mom Kate Gosselin is hopeful about continuing in television, telling "Extra's" Steve Santagati, "I love being on TV. Wherever it takes me, I'm open to whatever." 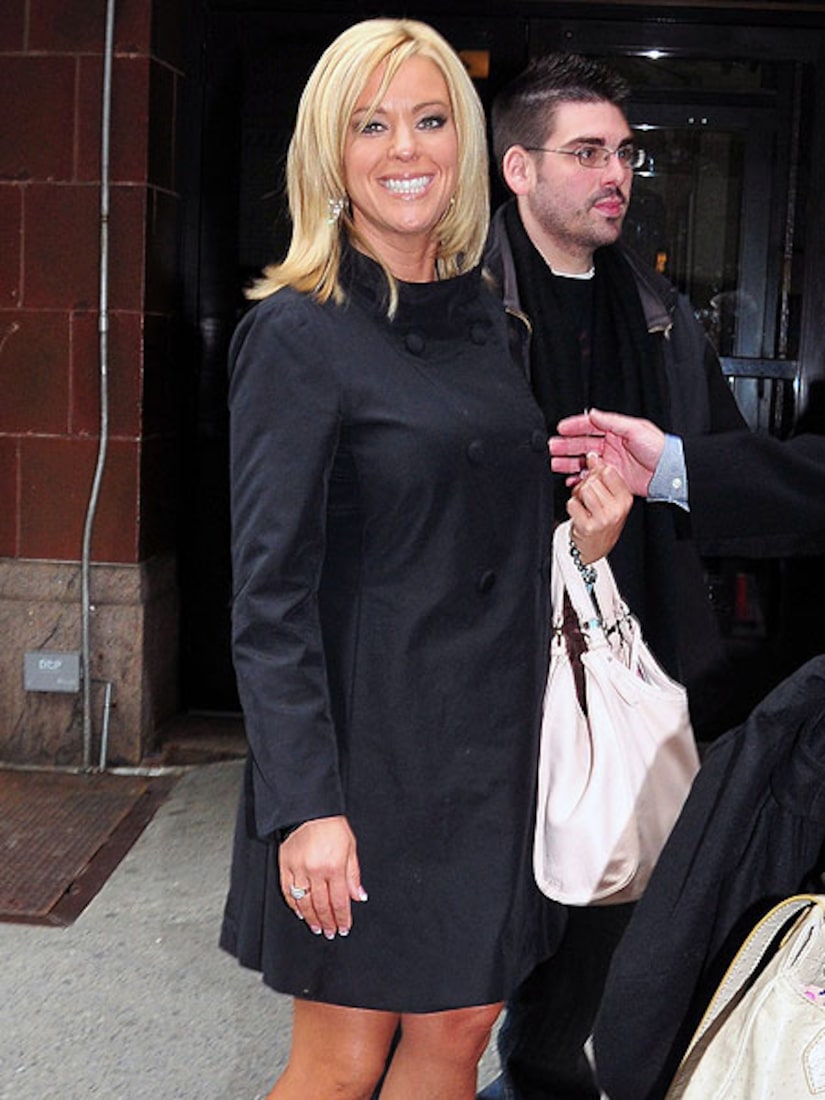 If a career is TV isn't in her future, the mother of eight says she's cooked up other delicious ideas. "I wouldn't rule out a restaurant, but not a bakery... ask my kids, I fail in the baking department." Always in charge, Gosselin said she would "for sure" fulfill the role of chef if she decided to go the restaurant route.

Although Kate isn't dating anyone at the moment, she revealed, "I'm open to it. It's just... it's not like I have time to hang out in places, so you're hoping the UPS guy is cute when he delivers."