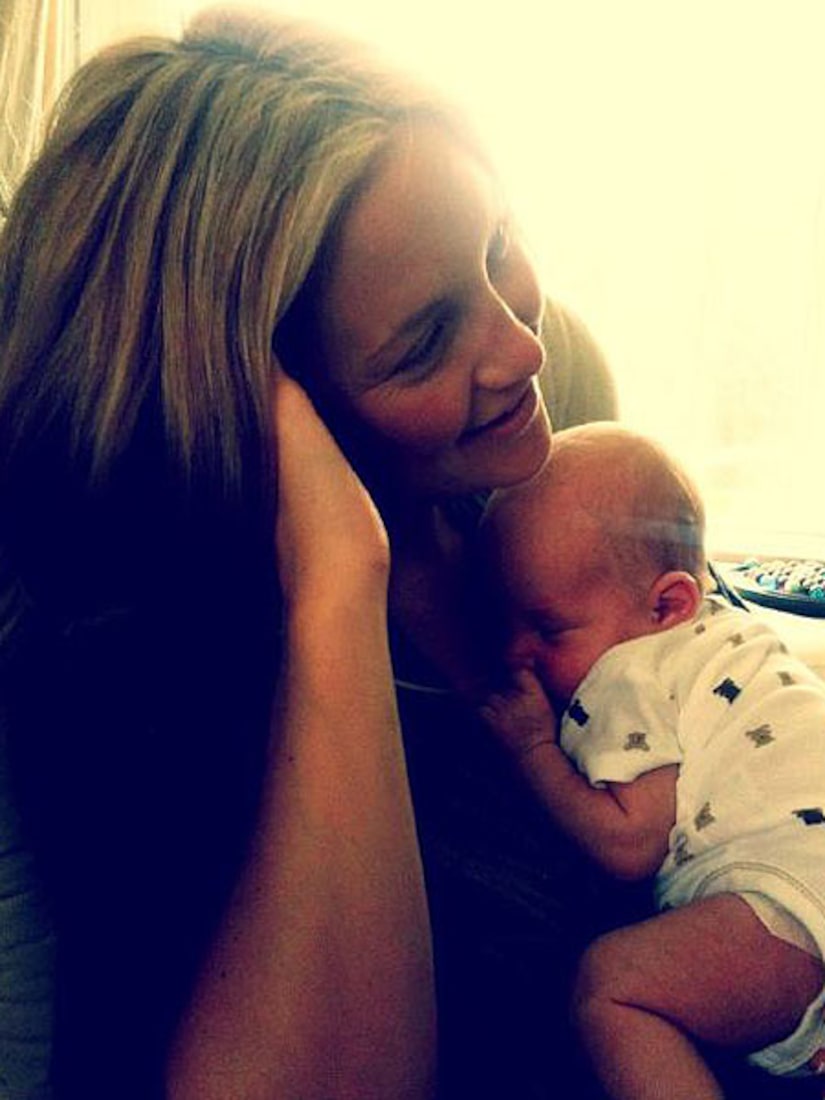 Bellamy, a rocker for the band Muse, wrote: "Family life!" as a caption for the picture. Hudson gave birth to the 7-pound, 12-ounce Bingham on July 9. He joins older brother Ryder Russell Robinson, 7, Hudson's son with her ex-husband, Black Crowes frontman Chris Robinson.

Hudson and Bellamy met last year at a music festival and announced their engagement in January.