Never one to shy away from the spotlight, Charlie Sheen is seen playing conductor to a train load of goddesses and warlocks in this first promotional photo for the upcoming "Comedy Central Roast," obtained by TMZ. 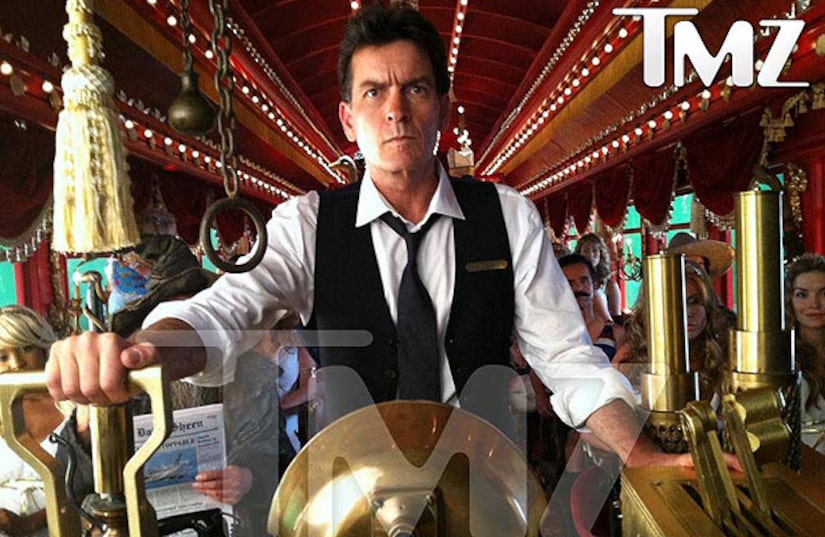 In fact, Sheen told TMZ there's another message to the pic - and it's aimed at the "Two and a Half Men" writers who are reportedly killing off his character, Charlie Harper, by having him pushed in front of a train.