"Extra's" Steve Santagati caught up with Katie Holmes at the premiere of her scary new horror flick, "Don't Be Afraid of the Dark."

The actress recalled, "I was terrified when I read the script and suddenly was hearing noises in my house and I was like, oh my God, this is really good." 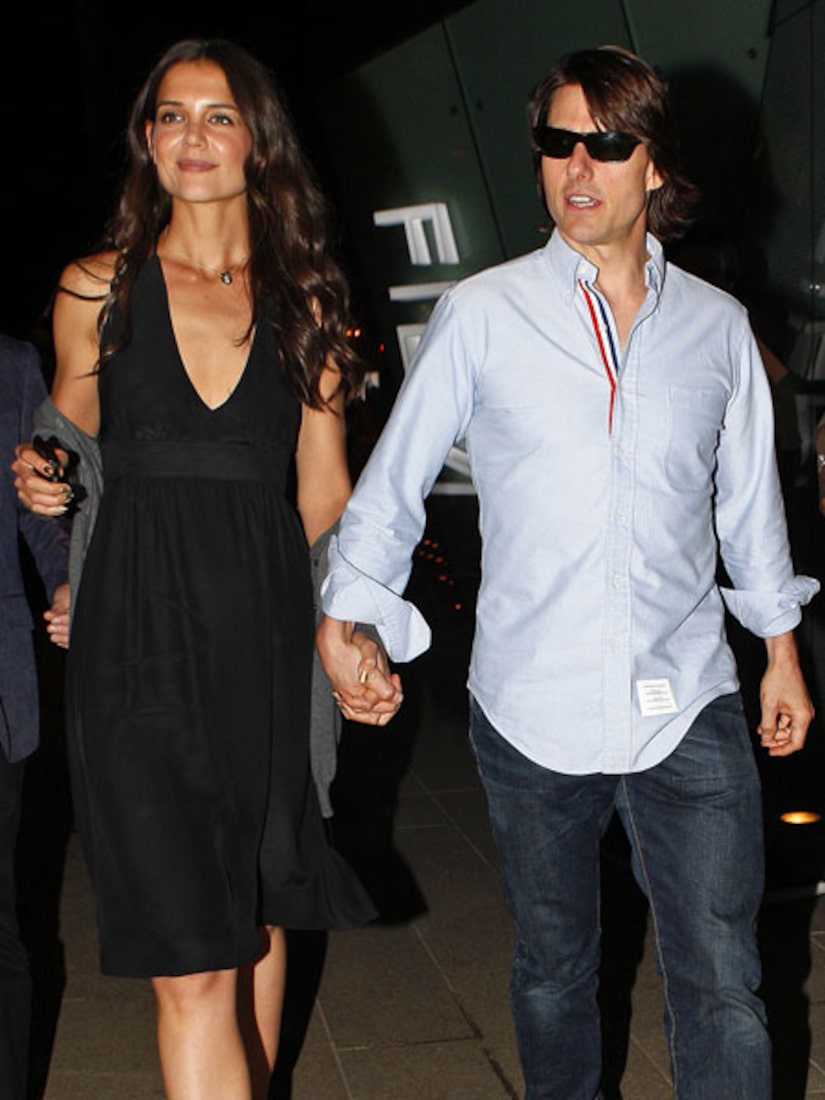 In the film, Holmes plays a woman who moves into a terrifying haunted house with her boyfriend (Guy Pearce) and daughter (Bailee Madison).

But the actress admitted she the real thing she is afraid of is... raccoons. "I'll leave it at that!" she laughed with Santagati.

Tom and Katie also dished about their romantic date night at the Katy Perry concert Sunday, with Holmes gushing, "Katy Perry is amazing! We had so much fun at her show and she's an incredible performer."

Gallery of "Don't Be Afraid of the Dark"

The Cruises arrived to the Big Apple earlier in the day, via helicopter, with Katie, Tom and Suri setting off a small mob scene as they touched down. Suri nestled in her father's arms and trying to block out the loud helicopter noise by covering her ears.