The love birds arrived separately, but sat together, holding hands and sharing a few smooches during the evening. 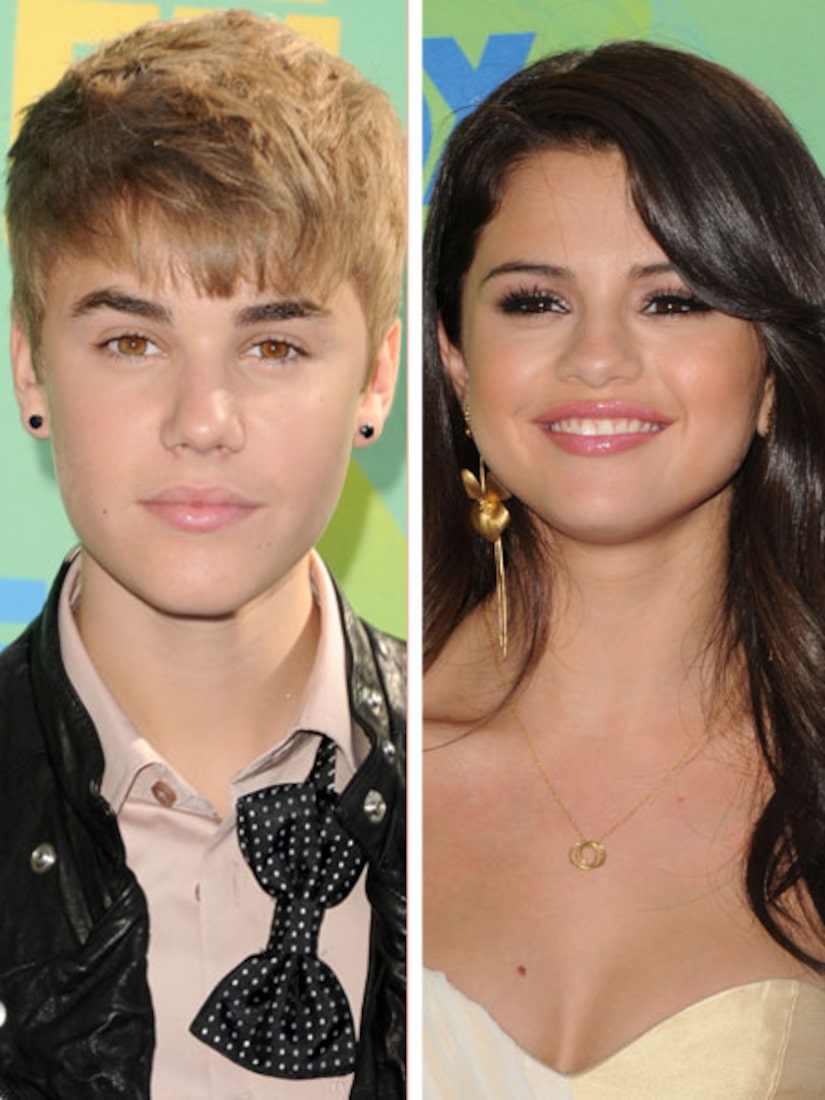 The Complete Winner's List from the Teen Choice Awards

Justin told "Extra's" Adrianna Costa he was looking forward to Selena's performance, saying, "So excited! She's going to do amazing."

The Biebs looked on proudly and sang along while his girlfriend took the stage and performed, "Love You Like a Love Song."

Click Here for Pics From the 2011 Teen Choice Awards!