Ashton Kutcher taped his first episode of "Two and a Half Men" Friday, tweeting, "Preparing to tape the first ep of 2.5. Little nervous. All will be revealed!" 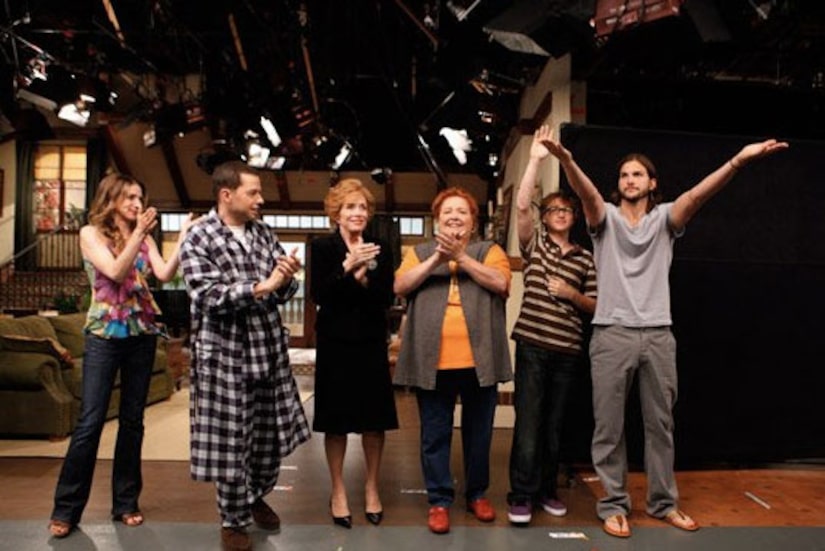 The episode reportedly showed Charlie Harper's funeral scene, but audience members did not learn how he dies, according to TMZ. Sources claimed the audience only saw parts of the funeral, which featured Jon Cryer, Angus T. Jones, John Stamos, Melanie Lynskey and Jenny McCarthy. 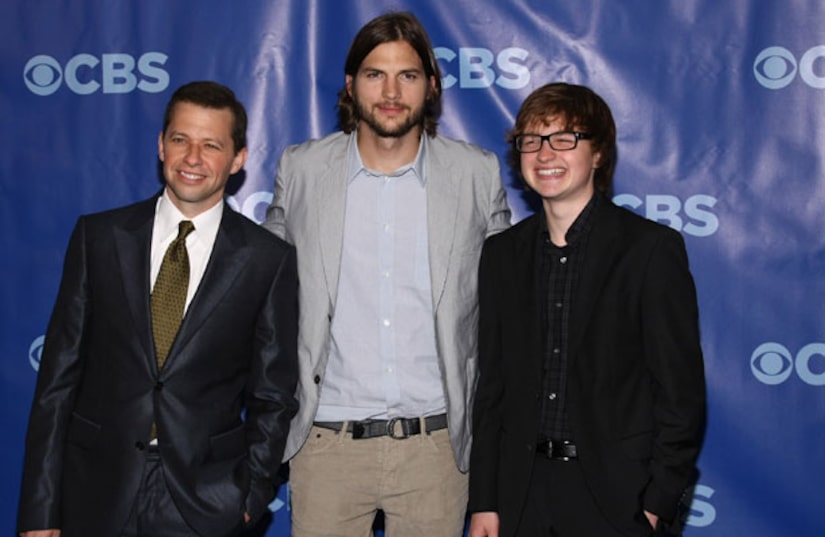 Keeping Charlie's cause of death under tight wraps, the show's scenes were shot out of order, with multiple takes involved -- ensuring unspoiled plot lines.

Ashton's debut was a hit, and audience members were treated to some extra special attention from the actor, including a surprise back rub for one lucky woman!

UPDATE: TMZ reports Charlie Harper's death might be caused by Harper's stalker-turned-wife, Rose, pushing him in front of a subway train in Paris after finding him in the shower with another woman.