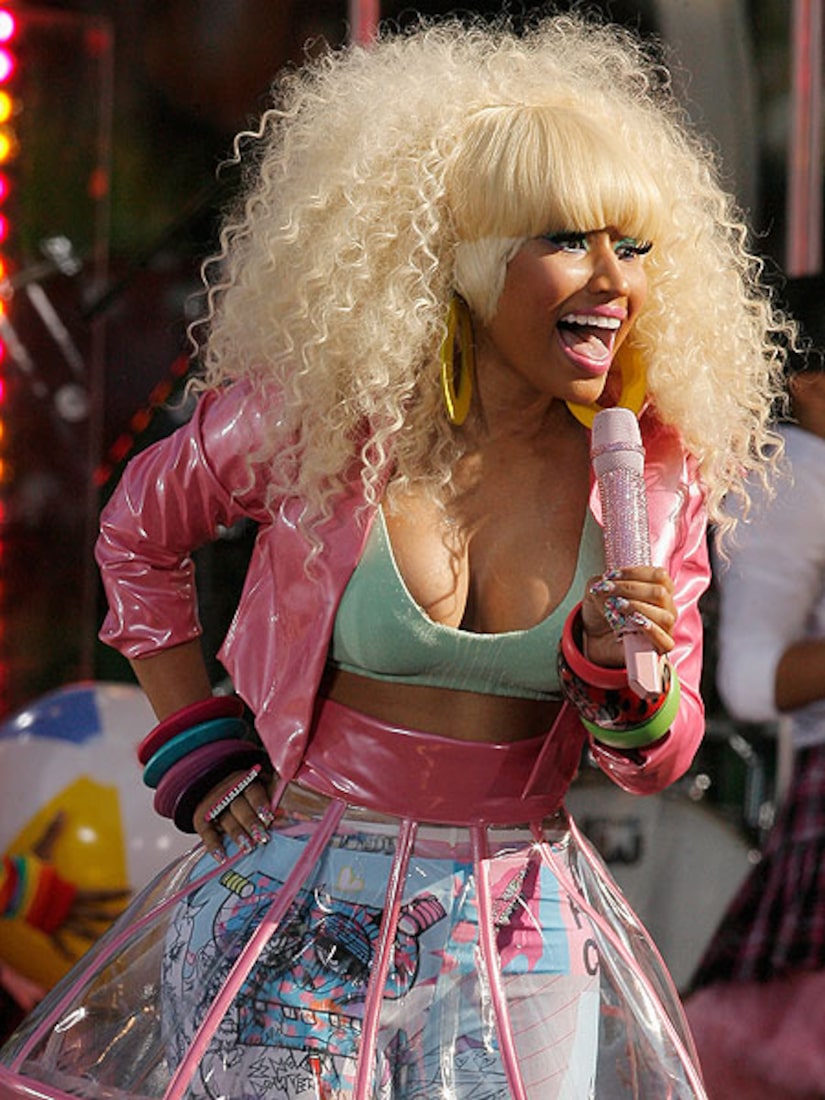 While singing on stage at Central Park's Rumsey Playfield, the 28-year-old R&B singer's crop top slipped down, exposing her breast.

The snafu brought immediate complaints from some viewers and prompted ABC to apologize and remove the images from later, time-delayed broadcasts of GMA.

"Although we had a five-second delay in place for the Nicki Minaj concert on GMA, the live East Coast feed of the concert regrettably included certain fleeting images of the performer that were taken out of later feeds of the broadcast in other time zones. We are sorry that this occurred," ABC said in its statement.