Actress Sofia Vergara made the cover of Redbook magazine's September issue, talking about having big boobs all her life and how similar she is to her "Modern Family" character.

Vergara admitted she had body issues at a young age. "The thing is, I've had these ridiculously huge boobs since I was super young, like, 13. I was really skinny at that time, so it was weird to have those f***ing boobs and be skinny. It was hideous. Then after I had my kid, I got hips and everything started to come together." 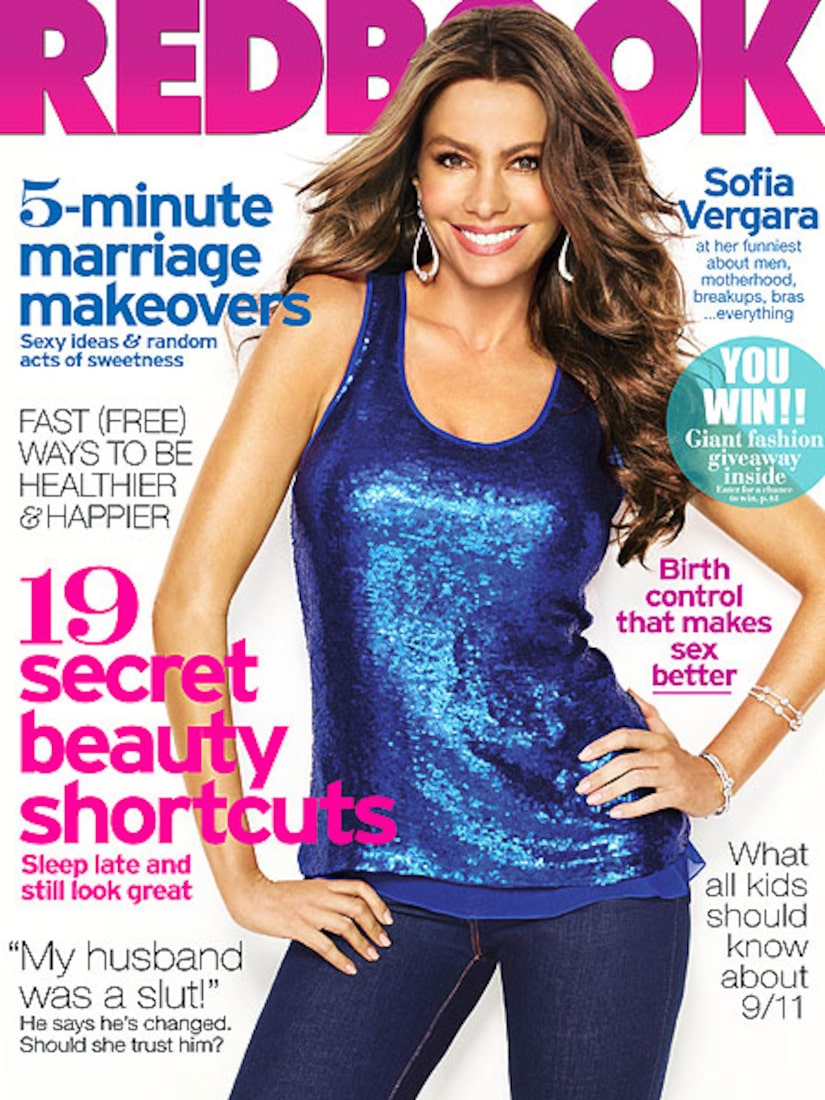 As for her role as Gloria on "Modern Family," Vergara said, "I think I'm the most similar. I'm Latin, I have an accent, I have a kid from a previous marriage, and I'm Colombian. Julie is a lot like Claire; she's very into doing things perfectly. She's neurotic, in a good way. I think she and I get along so well because we're very different... Rico [Rodriguez], who plays my son, says he's not at all like Manny, but we all think he is; he's an old soul. Eric [Stonestreet] plays a gay guy and he's not gay, so that's the most different. But the rest of us, we're very similar. Ty [Burrell] is exactly Phil."

Read more of the interview at Redbook.com!