Casey Anthony finally surfaced in Ohio after two weeks of self-imposed exile since her acquittal in the murder case of two-year-old daughter Caylee. The 25-year-old was spotted sipping on a Starbucks drink and browsing in a local Old Navy store. 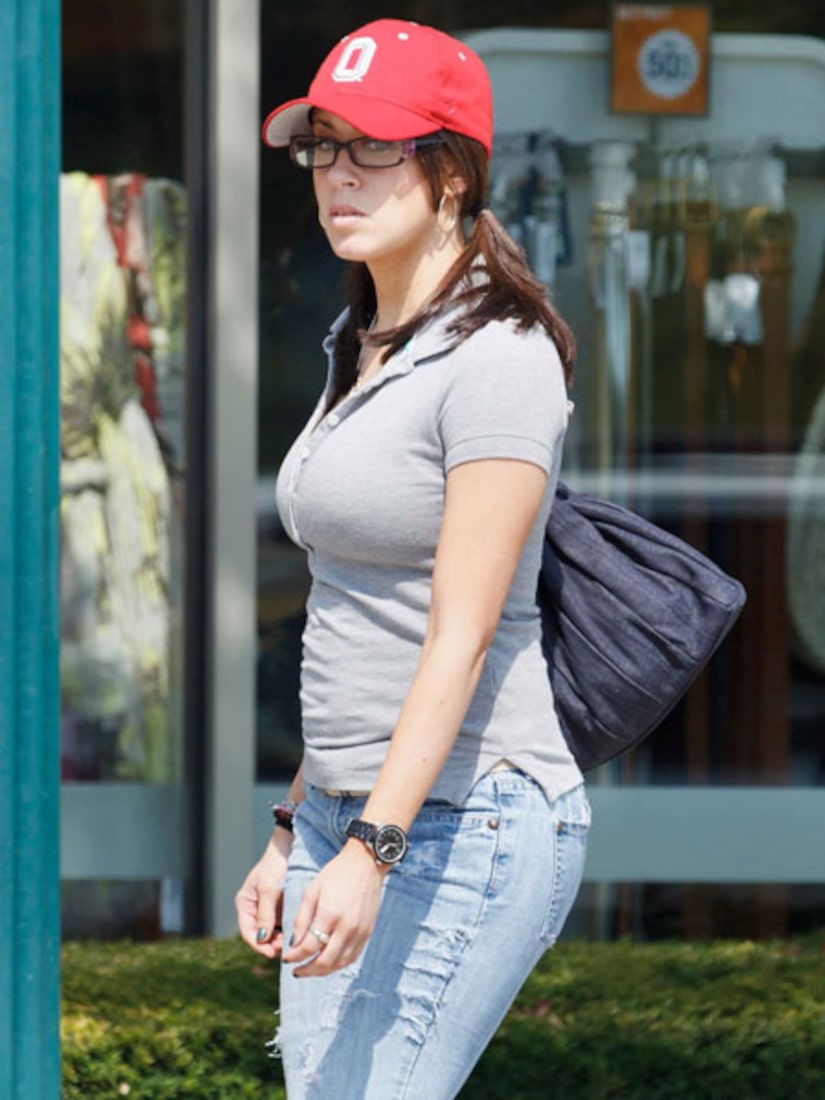 The brand new photo of Anthony shows the tot mom has put on a few extra pounds, sparking massive Internet speculation that she could be pregnant.

"Lifechangers" host Dr. Drew Pinsky gave his expertise on the matter, saying, "The fact that she doesn't perceive that people will be judging her in everything she does is a little problematic." Dr. Drew added that if she is planning on having a child, "That's pretty scary."

While she was out and about, Casey did her best to disguise herself, wearing a red baseball cap and blue contact lenses, but showed no signs of any facial plastic surgery. Anthony family insider Larry Garrison insists, "Casey does not want to change her identity. She's too much into herself."

Anthony was ordered to return to Florida on Thursday to address a prior check fraud conviction and an unclear probation order, but her defense team was quick to file an emergency hearing to "quash and vacate" the judge's order, arguing that it would be dangerous for Casey to set foot in the Sunshine State.

Although Casey no longer has to return Orlando, a hearing is scheduled for Friday to determine whether she will have to serve probation.

Catch Dr. Drew's new "Lifechangers" show, airing in the fall on the CW!