Warner Bros. released this first pic of actor Henry Cavill as Superman in the upcoming reboot, "Man of Steel." 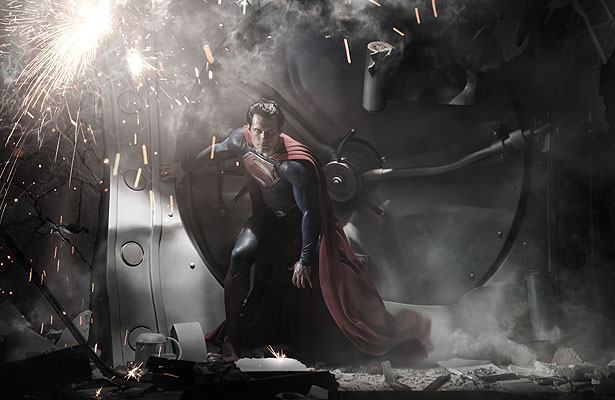