There were tabloid rumors circulating that said "The Bachelorette" star Ashley Hebert had a rendezvous with runner-up Ben Flajnik before her fiancé J.P. Rosenbaum proposed, but don't believe it. 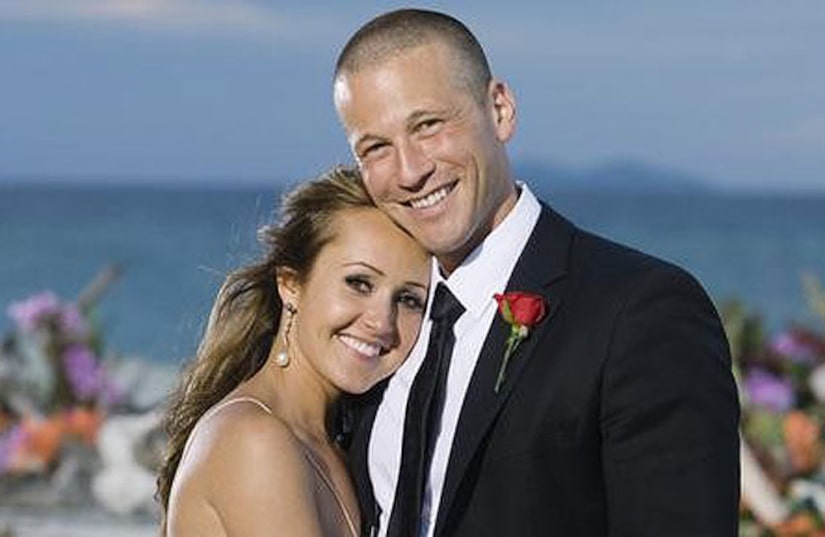 Like the many "Bachelor" and "Bachelorette" couples who have preceded them, watching the events of the production play out each week can hurt the relationship. "It stings," Rosenbaum admitted of watching Hebert court her other suitors.

But Hebert told People.com her open communication with J.P. is what fortified their relationship, despite relentless attacks they've received from the tabloids. In fact, Ashley said they'll probably marry in the fall of next year.

While appearing on "Jimmy Kimmel Live," the happy couple revealed how difficult it was to keep their love a secret. Rosenbaum even confessed he almost spilled the secret before the show wrapped -- by accidentally texting the wrong person!