Divorced couple Charlie Sheen and Brooke Mueller were together last weekend with their twins -- and plan on working hard to mend their relationship for the sake of their children, according to TMZ. 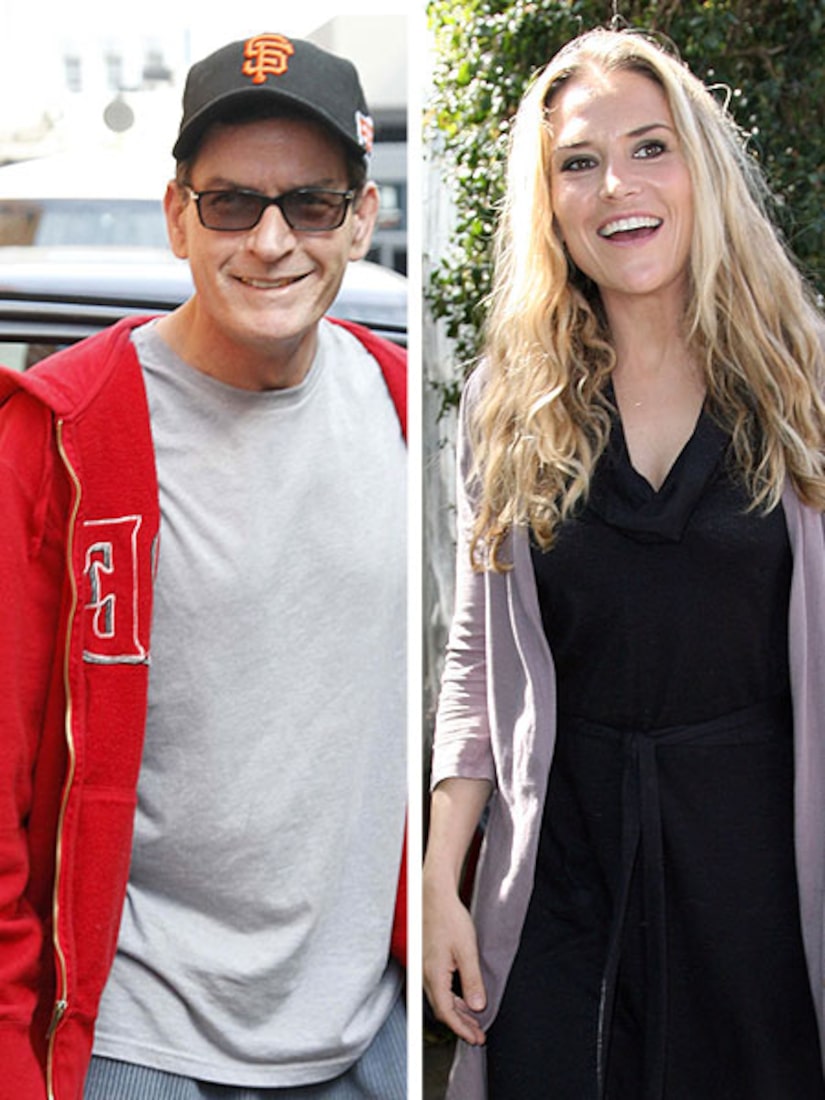 The exes hung out at Charlie's Hollywood Hills mansion on Sunday with twins Bob and Max. Despite the couple's bitter past, the four spent quality time together -- with the boys running around, playing and munching on candy and treats.

Brooke, currently on a break from her rehab program, successfully completed 45 days of treatment. The 33-year-old entered a facility last month, but was considering going to Mexico to try the controversial drug Ibogaine to stop her cravings for illegal drugs, according to RadarOnline. After two failed attempts to get on a plane to Mexico, Mueller decided not to go, and instead entered an undisclosed inpatient treatment facility in the states.

Charlie's "Two and a Half Men" Character Killed Off

Hoping to heal his relationship with Mueller, Sheen plans to pick up the tab for his ex's rehab, and wants to find her a team of trustworthy doctors. When Brooke completes treatment, Charlie wants her to be nearby and is thinking about buying her a home in his neighborhood.

Sheen said, "Harmony is our goal. Sunday was a wonderful start."