Fresh from her festive 42nd birthday weekend celebration in Miami over the weekend, Jennifer Lopez was back to work on Tuesday on the set of her new movie, "What to Expect When You're Expecting."

The mother-of-two took a quick break to say hello to her twins, Max and Emme, even giving her son a big smooch. 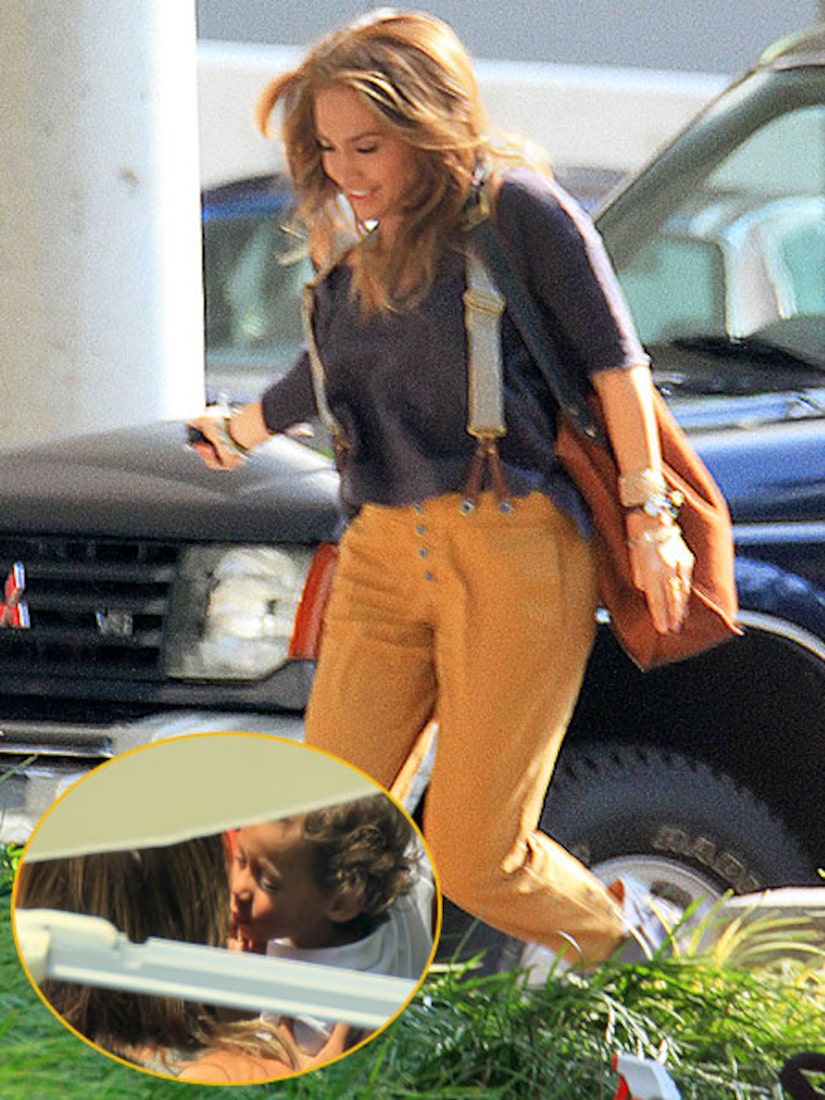 Although Lopez looked happy on set, she is reportedly furious with estranged husband Marc Anthony -- even putting his leftover belongings in storage and refusing to see him.

The megastar has kept busy since announcing her split from Anthony a few weeks ago. Las week she went to the Republic of Crimea in Ukraine to perform at a billionaire's wedding -- and now, she's filming in Atlanta.

Co-starring alongside Elizabeth Banks, "What to Expect When You're Expecting" is a film adaptation of the popular pregnancy book. J.Lo plays Holly, a woman who adopts a baby from overseas after having a difficult time conceiving.

The comedy will be released next May.