Fans of the popular franchise "Sex and the City" could get a taste of a 20-something-year-old Carrie, Samantha, Charlotte and Miranda in the film's rumored prequel, based on the beloved friends' early years in New York City. 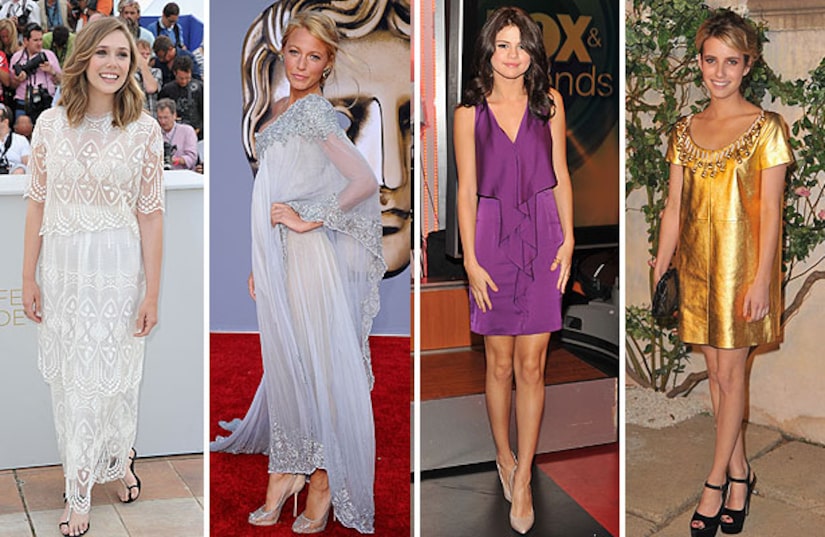 According to Daily Mail, the top choices for the cast are as follows: Blake Lively as Samantha Jones, Selena Gomez for the part of Charlotte York, Emma Roberts as Miranda Hobbs and newcomer Elizabeth Olsen to portray Carrie Bradshaw. Olsen, 22, is the younger sister of billionaire twins Ashley and Mary-Kate Olsen.

Although it sounds like a perfect match, reps for all four actresses tell "Extra" it's not true.

The prequel would be based on creator Candice Bushnell's two novels, "The Carrie Diaries," and "Summer and the City."

Although Sarah Jessica Parker and Kristin Davis have both publicly stated they were not keen on a "SATC" prequel, Bushnell insists the prequel lays the foundation for what each character will become. In an interview with Women's Wear Daily, Bushnell said, "Every character has a back-story -- what the reader sees, in a sense, is the tip of the iceberg. 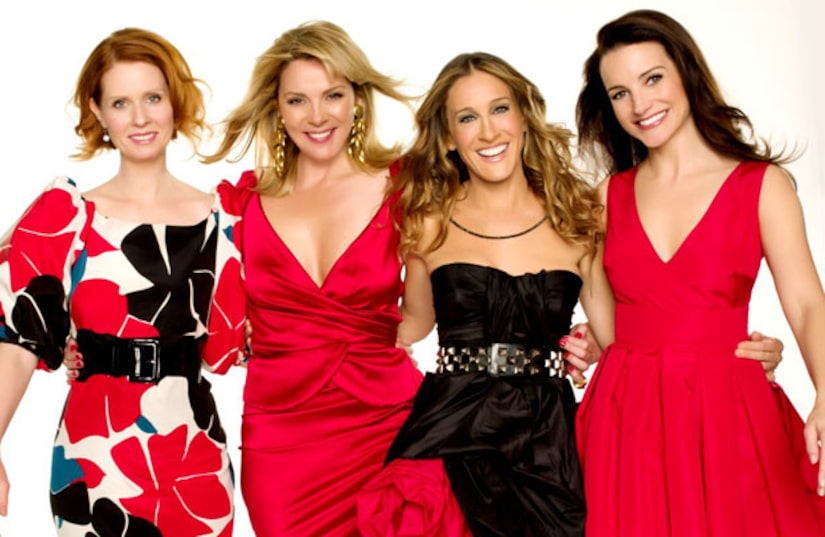 "The characters don't exist in a vacuum -- when we first meet them... in their thirties and single in New York -- they are, in a sense, in the middle of their stories, which is what makes the Carrie Diaries series so satisfying."

Parker felt the film shouldn't be based on the same characters, telling the L.A. Times, "I don't think we can pretend to go back. It's creating two histories. It's like, 'Oh, I didn't know that about Carrie Bradshaw.'"

Favorite 'Sex and the City' Quotes of All Time

"Think about it. If you are single, after graduation there isn't one occasion where people celebrate you ... Hallmark doesn't make a "congratulations, you didn't marry the wrong guy" card. And where's the flatware for going on vacation alone?"

"I can't color enough, I would color all day every day If I had my way, I would use every crayon in my box."

"I'm dating skid-marks guy.When your boyfriend is so comfortable that he cannot be bothered to wipe his ass, there's a problem."

"Allow me to get right to the point. After careful consideration, I have decided that this is the year I am getting married."

"After a while, you just want to be with the one that makes you laugh."

Miranda: "Maybe it's time I stopped being so angry."Carrie: "Yeah, but what would you do with all your free time?"

"The fact is, sometimes it's really hard to walk in a single woman's shoes. That's why we need really special ones now and then to make the walk a little more fun."

Miranda:"I had to walk all the way from the subway in these heels. My feet are killing me."Steve:"Why didn't you just carry them and wear sneakers like everyone else?"Miranda:"Stop. You can take me out of Manhattan but you can't take me out of my shoes."

"That's the thing about needs. Sometimes when you get them met,you don't need them anymore."

Samantha:"Well, let's just say it: you won."Carrie:"Was there a contest?"Samantha:"Oh please! There's always a contest with an ex. It's called 'who will die miserable'."

"It took me a really long time to get here, but I'm here. Carrie, you're the one."

"I like my money where I can see it, hanging in my closet."

"Do any of you have a completely unremarkable friend or maybe a houseplant I could go to dinner with on Saturday night?"

Carrie:"Honey, if it hurts so much, why are we going shopping?"Samantha:"I have a broken toe, not a broken spirit."

"Are we simply romantically challenged, or are we sluts?"

"Could you please not use the F-word in Vera Wang?"

"No matter who broke your heart, or how long it takes to heal, you'll never get through it without your friends."

"There isn't enough wall space in New York City to hang all of my exes. Let me tell you, a lot of them were hung."

"I'm fine... but Charlotte, maybe your "hmmm hmmm" would like an order of fries?"

"The most important thing in life is your family. There are days you love them, and others you don't. But, in the end, they're the people you always come home to. Sometimes it's the family you're born into and sometimes it's the one you make for yourself."

[watching a runway-fallen Carrie get stepped over by Heidi Klum] "Oh, my god, she's fashion roadkill!"

"Some labels are best left in the closet."

Miranda: [at a bar, drinking Cosmopolitans] "Why did we ever stop drinking these?"Carrie: "Because everyone else started!"

"And there, in the same city where they met as girls, four New York women entered the next phase of their lives dressed head to toe in love. And that's the one label that never goes out of style."

"Maybe you're only alloted a certain amount of tears per man; and I've used mine up."

"You see? This is how it starts. Next thing you know, we're only having sex three or four times a week."

"Lawrence of my labia!"

"Sometimes, as much as I love Brady, being a mother just isn't enough. I miss my job."

Charlotte: "How are you gonna swallow all those?" [referring to Samantha's handful of pills]Samantha: "Have we met?"