The cast of "Jersey Shore" talked to "Extra" while filming the fourth season of their show in Italy, and Nicole "Snooki" Polizzi revealed what really happened in the infamous car crash with the Italian police cruiser. "I tried to use the brakes and they didn't work," Snooki explained. "So to avoid the cops, I ran right into a wall so I didn't hurt anybody."

While the pint-sized guidette didn't seriously injure anyone, two police officers were taken to a hospital and treated for minor injuries. Meanwhile, Snooki ended up at the police station but was not arrested.

Snooki, who wore a neck brace following the fender-bender said, "I was doing a little joke, you'll see." 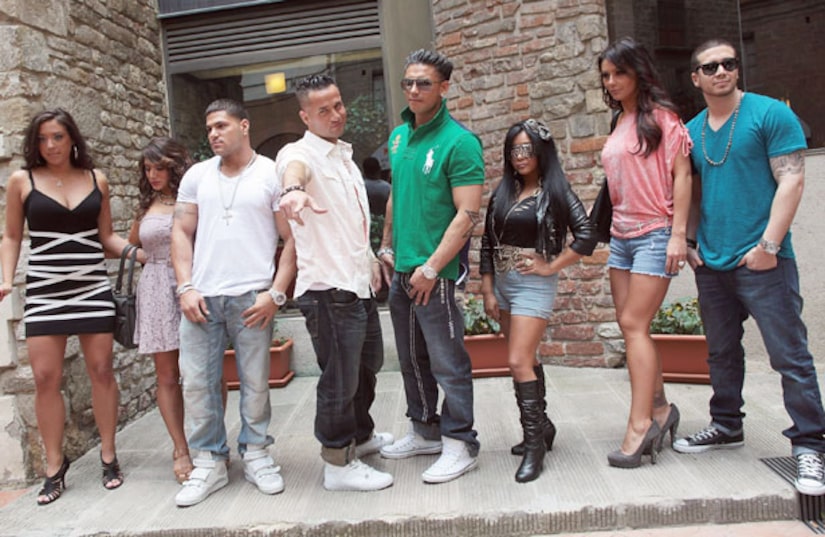 Fellow cast member Mike Sorrentino aka "The Situation," soaked in the Italian culture and language - mostly geared to the ladies, and said, "Andiamo alla casa, that means let's go to the house. Sei carina... you're cute."

On/off couple Sammi Giancola and Ronnie Ortiz-Magro were happy to report they were "back together," with Sammi saying, "and moving forward each day in the right direction."

The long wait is over... catch the Italian season four of "Jersey Shore," premiering August 4 on MTV.