Actress-turned-author Denise Richards took a trip to New York with her girls, including her new daughter, Eloise Joni, and was snapped heading into an eatery.

Check out the pic, courtesy of X17Online.com! Click here for more pictures of Richards and Eloise, along with daughters Sam, 7, and Lola, 6. 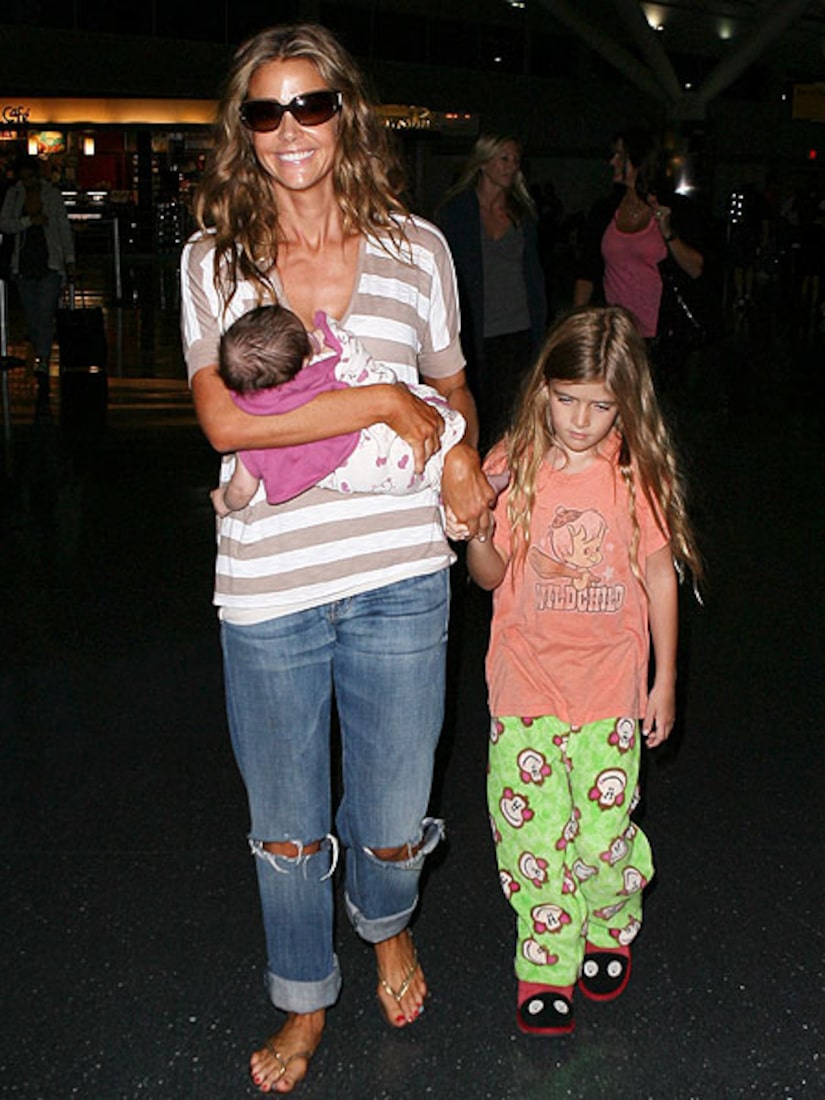 Richards recently released a new tell-all, "The Real Girl Next Door," in which the mother of three candidly talks about her relationship with ex-husband Charlie Sheen. "I got married to a man who I thought was my everlasting soul mate and became a mother to my two beautiful daughters," she told Life & Style magazine. "But then the bottom dropped out of that fantasy."

Richards does say that despite all the drama that went on during their divorce in 2006, she has now learned to accept Sheen and has forged a solid friendship with the father of her two daughters.

"Charlie is on his own path, and this is his lifestyle he has chosen," she said, adding, "That doesn't mean I condone it, but I've learned to accept it. One thing I know for sure: I'll always be there for Charlie."