Writer/director/actor George Clooney knew his next film, "The Ides of March," would stir the political pot -- so that's why he kept it on the shelf for awhile.

As an adaptation of the stage play about an idealistic aide (Ryan Gosling) who learns a hard lesson in dirty politics when he begins working for a newbie presidential candidate (Clooney) on the campaign trail, "March" is set to premiere at the Toronto International Film Festival in September, but was originally planned for release in 2008. 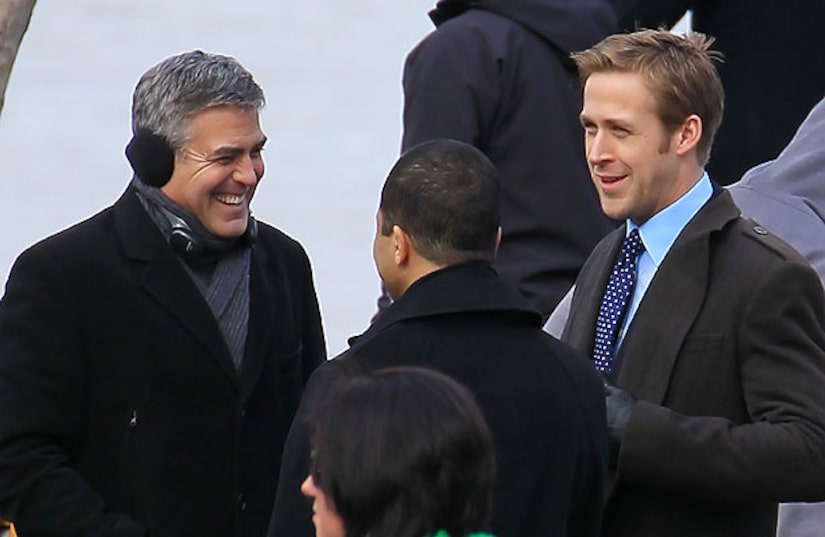 Clooney told USA Today he felt that the national mood was too upbeat during the presidential election that year, so he tabled his "cynical political movie" until now. "The cynicism seems to have come back," he said.

Ryan Gosling on Getting Punked by George Clooney!

The Oscar-nominated director also said he decided to make his character, Governor Mike Morris, a Democrat, to quash any claims that the film had a personal agenda.

"Republicans hate the beginning of the movie, the Democrats hate the end," Clooney proudly stated about screening the film for both sides of the political spectrum. "So we're good."