All the secrets of the Casey Anthony trial may soon be revealed! Well, maybe not all of them. 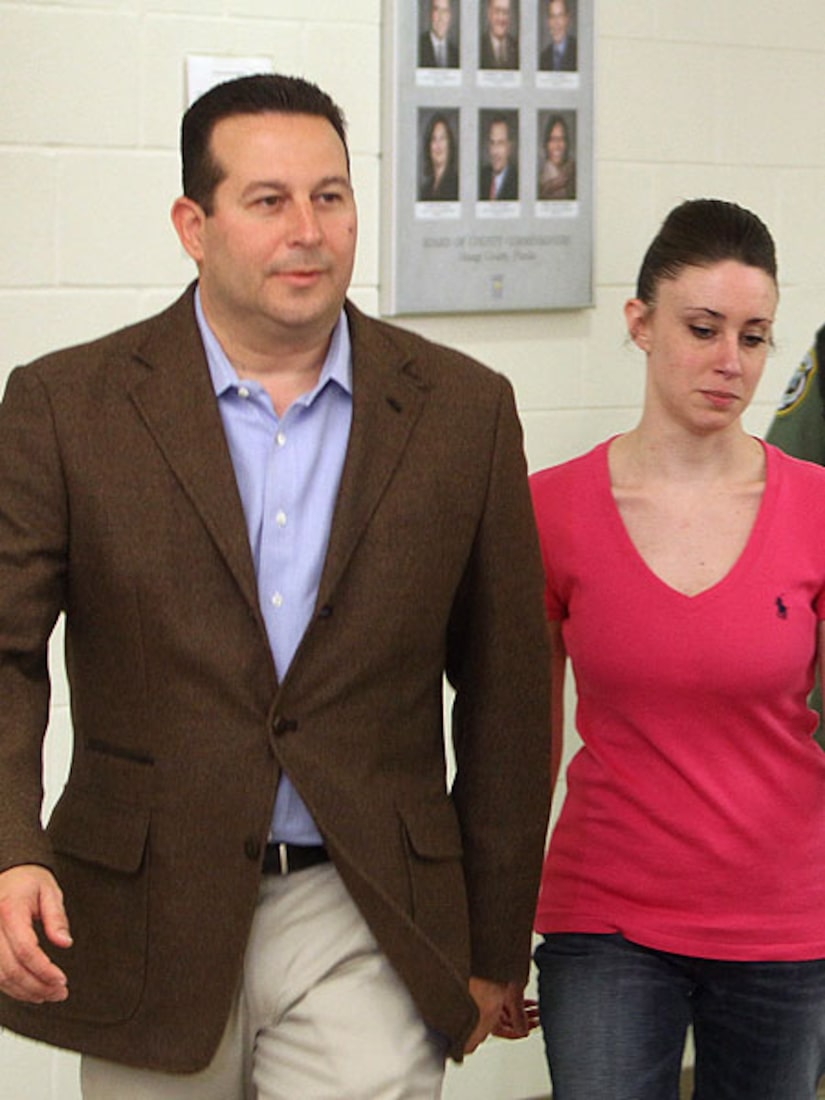 Casey's defense lawyer, Jose Baez, is said to be eyeing a book deal with literary agent Richard Pine of Inkwell Management, having met with Pine last week, according to the NY Post. Pine's famous authors include Arianna Huffington and thriller master James Patterson.

Baez, who is also in talks to become a TV legal expert, told the NY Post, "I have met with various people. Just because I meet with someone does not mean that I plan on signing any agreements or taking any job offers. I have a job, and I feel the wisest thing to do right now is just listen. I have not made any decisions and probably will not until I have had the opportunity to discuss things with my family and my closest advisors."

Whoever decides to work with Baez and Anthony will have to endure the wrath of angry Casey Anthony watchers, who do not want her to profit from the murder of 2-year-old Caylee Anthony. Talent agency Paradigm signed Baez after the trial, but quickly dropped him following the backlash. Publisher Simon & Schuster's Facebook page was attacked last week by readers who believed a false rumor that the publishing house was planning to sign a book deal with Anthony.