The 2011 Comic-Con crowd loved them some "True Blood" -- and "Extra" was there, catching up with the show's stars!

Moyer explained, "I went up to Alex at the beginning of the season and said 'You've got a lot of sex stuff coming up with the misses, it's totally cool,' and then I literally went into his trailer and put a little GPS in his c*** sock."

Photos! The Crazy Costumes at 2011 Comic-Con, courtesy of TooFab.com!

Speaking of which, Paquin said this season of "True Blood" is the craziest yet. "Season 4 is nuts. It's absolutely nuts. For us, the more crazy it is, the more fun we're having."

Check out all the Comic-Con 2011 celebrity sightings! 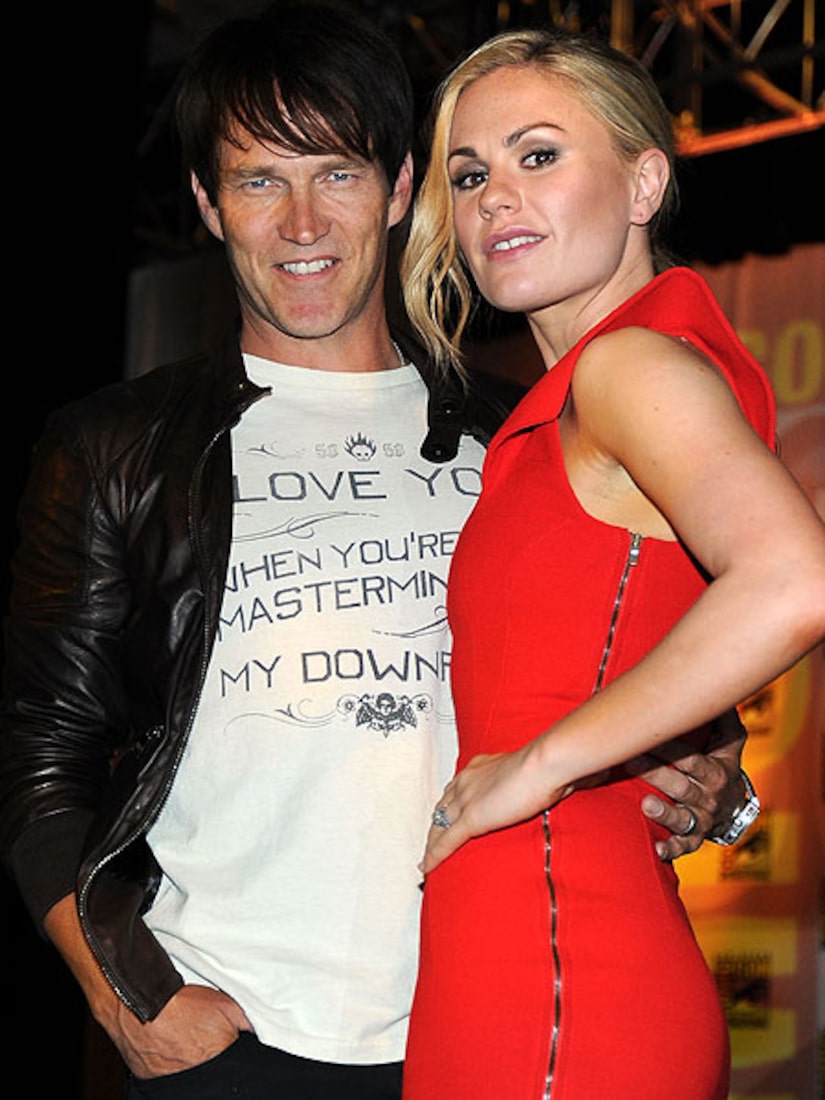