Less than a week after announcing her split with husband Marc Anthony, Jennifer Lopez is back to work, spotted in Atlanta on her new film, "What to Expect When You're Expecting."

Take a look at the actress' casual style on the set, courtesy of CelebBuzz.com! Lopez also took some time out to take twins, Emme and Max, to the aquarium. 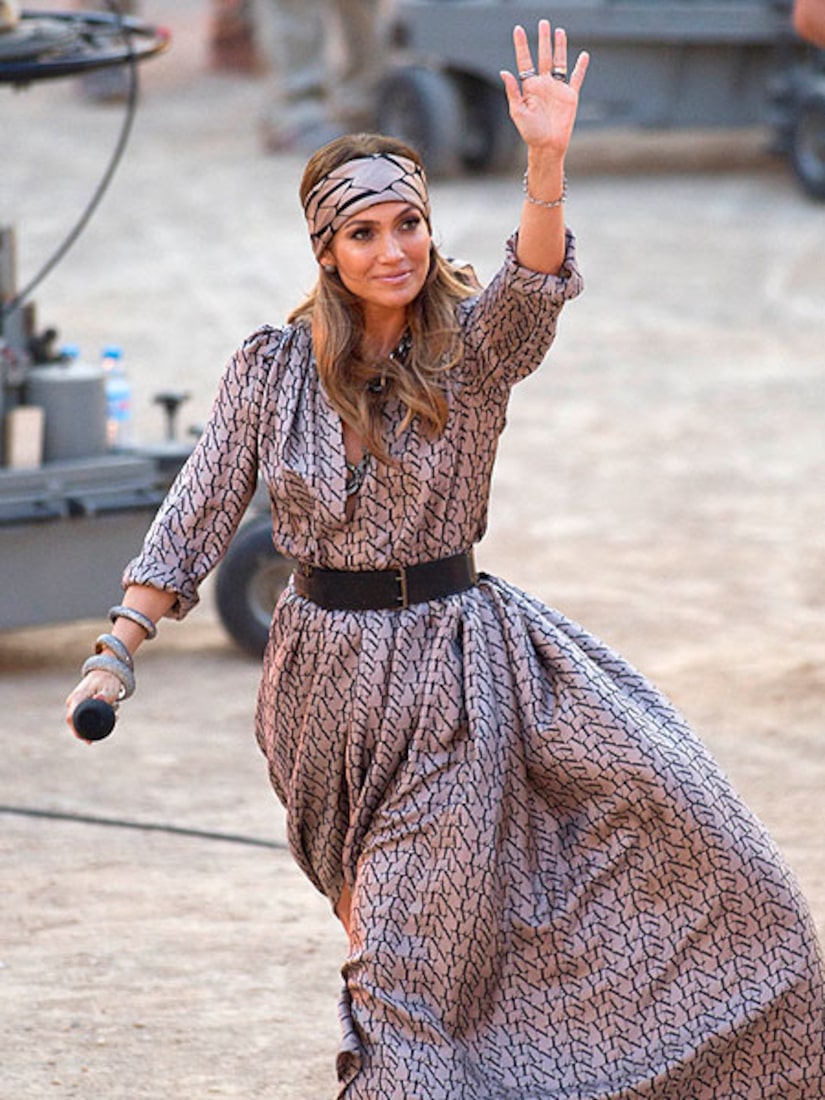 Based on the best-selling book by Heidi Murkoff, Lopez stars as Holly, a woman, who after difficulty conceiving with her husband, adopts a baby from abroad. Castmates includes Matthew Morrison, Brooklyn Decker, Chace Crawford and Chris Rock.

Over the weekend, Lopez also hit the stage, performing at the wedding of an oil tycoon's son in the Ukraine.

Meanwhile, Marc Anthony is keeping busy as well, making a new music video with rapper Pitbull called "Rain Over Me." Pittbull worked with Lopez on her hit some "On the Floor."

The video shows the 42-year-old newly single singer and 30-year-old rapper in the desert before getting drenched in a downpour. Watch!

"What to Expect When You're Expecting" is due next year.