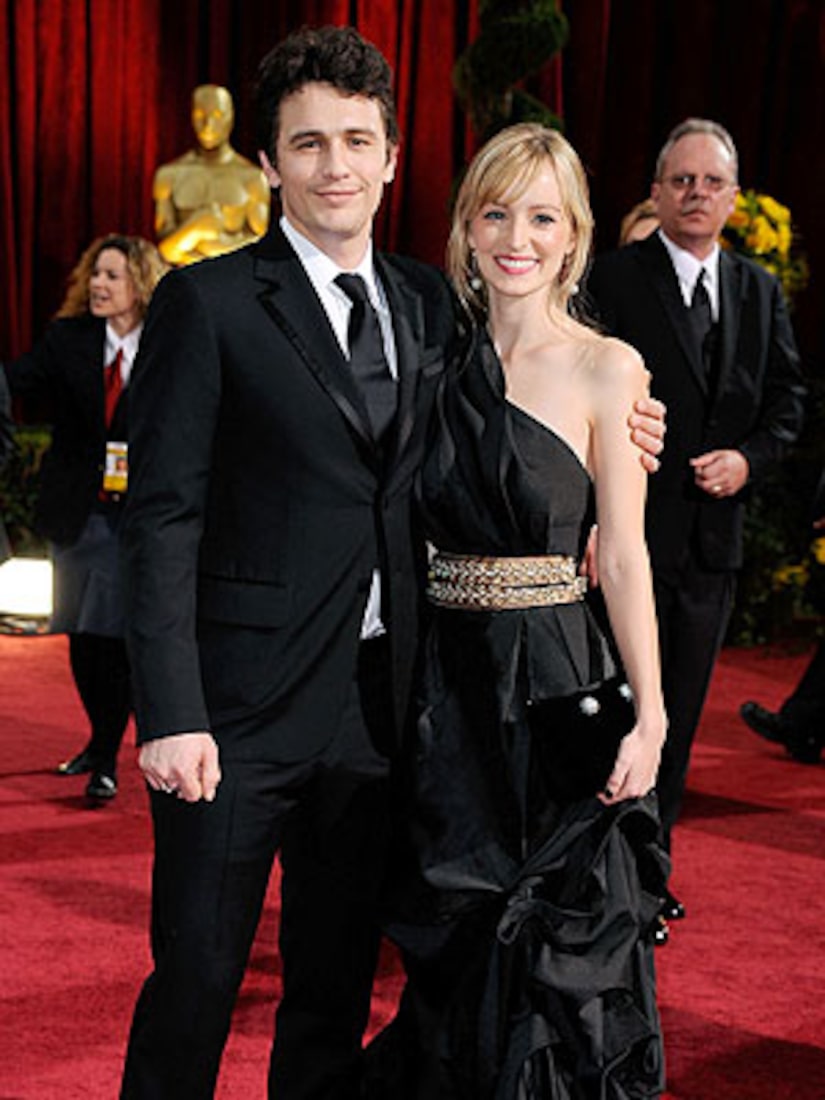 Actor James Franco is back on the market!

Franco and his girlfriend, actress Ahna O'Reilly, have split after five years. "It's over," James revealed in the August issue of Playboy (excerpted in the NY Daily News).

"We'd been living together in L.A. and then came to New York to go to school for two years," Franco said. "Then I signed up for more school at Yale. I think that it was for her."

The stellar student, who will star in this summer's "Rise of the Planet of the Apes," has been pursuing multiple degrees at Yale, NYU, Columbia and other schools. He's also starring in (and directed) a documentary about the poet Hart Crane, called "The Broken Tower."

O'Reilly has appeared in "Forgetting Sarah Marshall," and TV shows such as "The Vampire Diaries," and "CSI: NY."

The cause of the split was not explained.