The new bride chatted with her grandmother-in-law, the Queen, reports the Daily Mail, as they admired the Alexander McQueen dress which enthralled the world when Kate married Prince William in April. 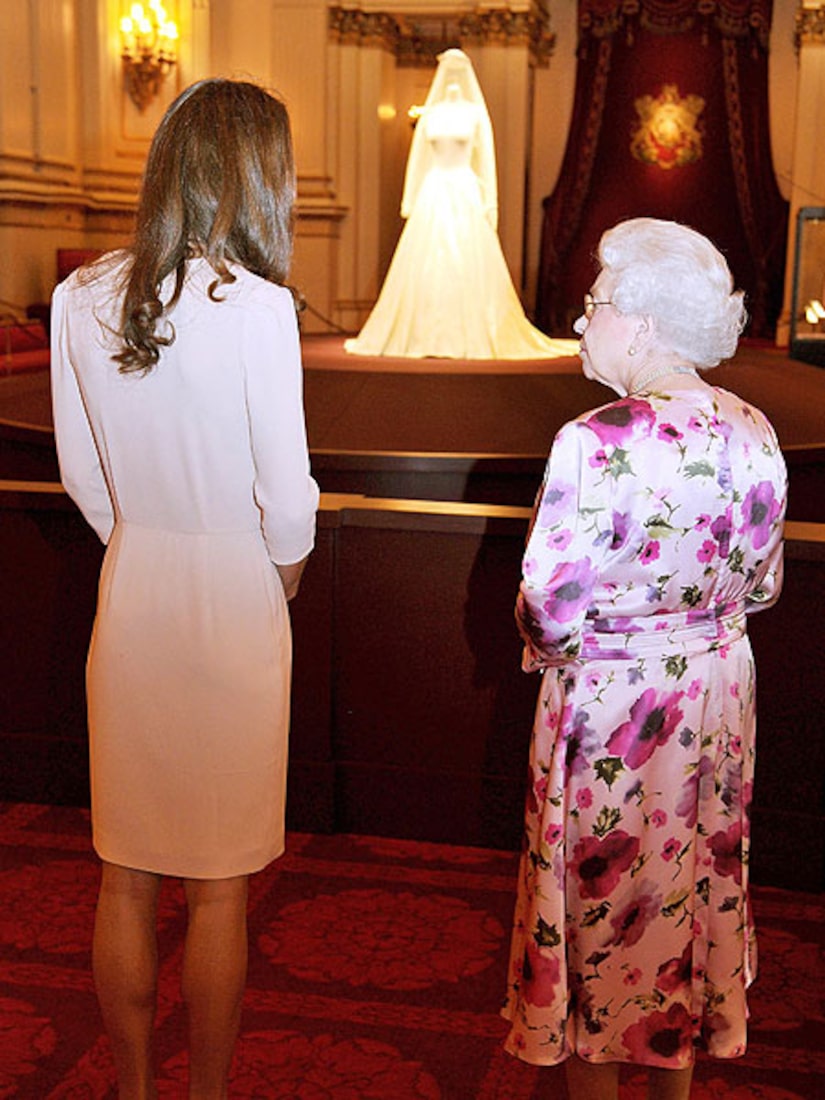 But the appearance of the headless mannequin used to exhibit the gown prompted the Queen to describe it as "horrible" and "creepy." Kate countered with her own view and said it had a "3D effect."

More than half a million people are expected to view the dress as part of the Palace's annual summer exhibition this year.