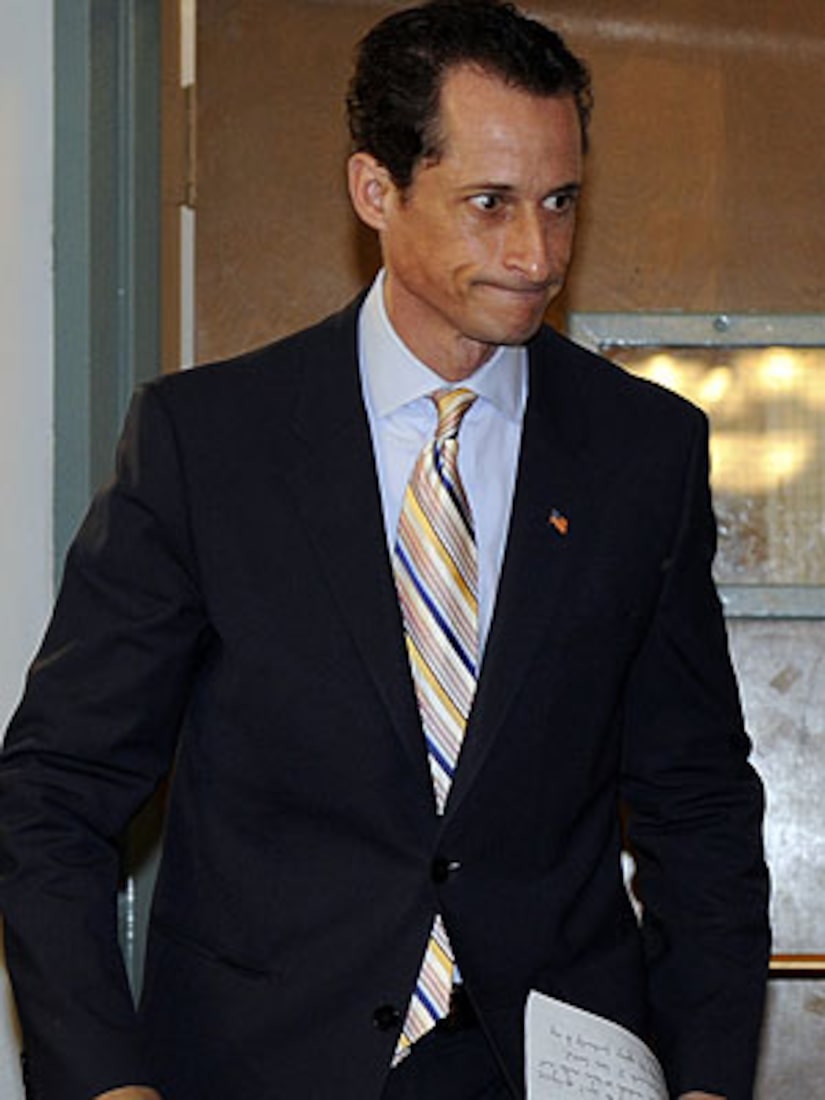 Disgraced former Congressman Anthony Weiner, who resigned last month in a sensational sexting scandal, not only has to win back the trust of his wife, Huma Abedin, but also the trust of her boss, Secretary of State Hillary Rodham Clinton.

The NY Post reports Weiner has begun therapy for his sex addiction, and confessed the difficult part of his recovery will be getting Clinton to believe he's changed his ways.

"My problem is that I have three women I have to convince that I'm cured: Huma, her mother -- and Hillary," the former representative, 46, recently told a friend. Weiner's pregnant wife Huma is a top aide to Clinton, who is well familiar with wayward husbands, having endured a cheating scandal with Bill Clinton when he was president.

The friend also told the Post that Weiner had finally hit rock bottom in his compulsion to electronically send strange women obscene messages and photos of his body. "He was totally in denial," the source explained. "He was saying he may be able to write a book. But to think that he's in a position to write a book, there has to be redemption. Finally, he did get it. He understood why there was no line of people waiting to hire him."

At that point, the friend said Weiner knew he needed help. "From the little counseling he's had so far, he realized that it cost him and he did really, really crazy things. He understood his wires are crossed -- that there was an addiction."

Weiner was recently spotted on a flight returning to New York from Orlando. Some speculate the ex-congressman is undergoing therapy at a rehab facility in Florida specializing in sex addiction.