New details on the demise of Jennifer Lopez and Marc Anthony's marriage continue to surface, with the latest report saying the singer/actress wanted to leave two years ago when she found out Anthony had an affair with a flight attendant, reports Us Weekly. 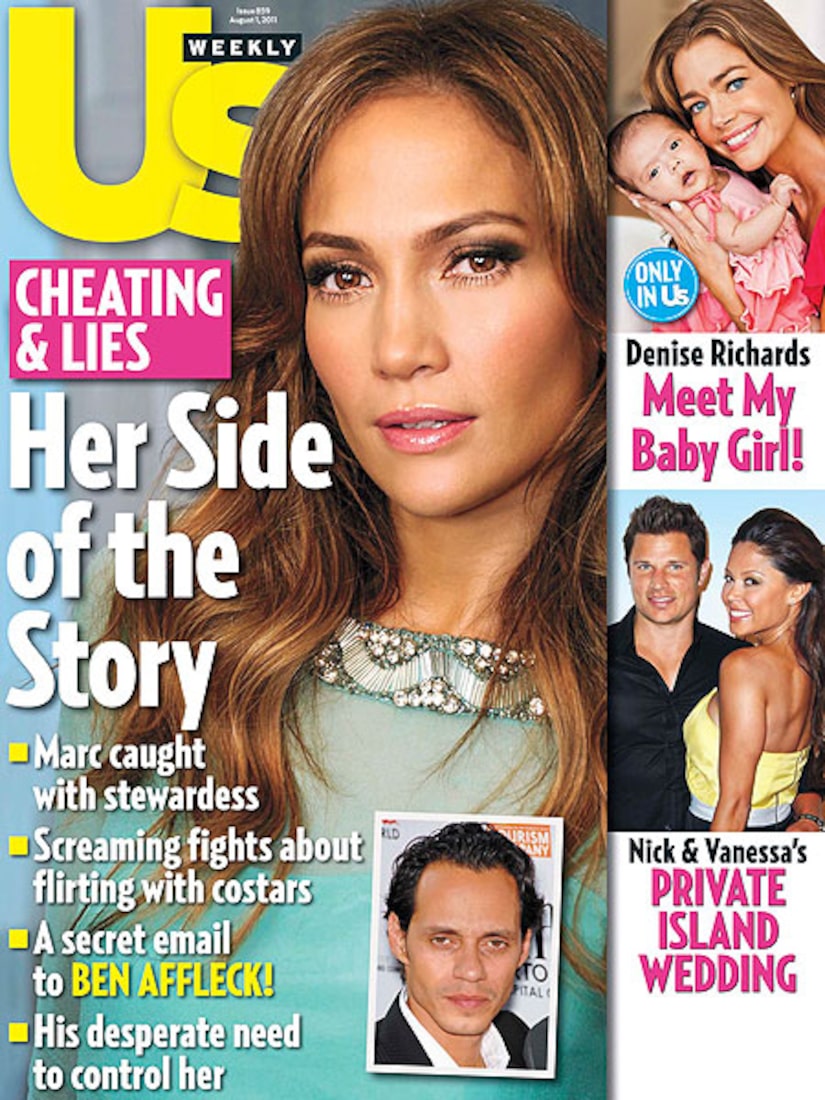 A source told the mag that Anthony, 42, hooked up with a flight attendant he met aboard a private plane in 2009, saying, "Marc and Jennifer almost split up over it."

J.Lo Through the Years

Another source added, "Jennifer was going to leave him then, but Marc begged her to stay. They went to marriage counseling and she decided to give it another shot. He was someone she truly loved."

Although the "American Idol" judge, 41, stayed with the marriage, Anthony's controlling behavior and ultimate jealousy over Lopez's successful career is what drove the last nail into their marriage's coffin.

And what about the couple's 3-year-old twins, Emme and Max? Lopez told "Extra" earlier this year, "At the end of the day, the babies are the light of my life. The most important thing to me is my family, and they come first."

The Stars and their Kids!

Jennifer Lopez carried her 3-year-old Emme at the park in Paris. The singer was in town promoting her latest album, "Love?"

Pete Wentz spent the day with his son, Bronx, in Sherman Oaks, Calif. Pete stopped by for an ice-coffee before heading to the park for a play date.

Nicolas Cage, his wife Alice, and their son Kal-El (named after Superman's birth name) arrived to Denmark together.

Nicole Kidman smiled as she arrived to Sydney with her beautiful daughters Sunday Rose and baby Faith Margaret.

Hot mom and former Spice Girl, Geri Halliwell and daughter Bluebell Madonna hung out on a yacht together.

Father of eight, Rod Stewart, spent some time with his 5-year-old son Alastair in Paris.

Actress Naomi Watts arrives to her NYC home with her son Samuel Kai.

Heidi Klum and husband Seal took their daughter Leni to a toy shop in Brentwood.

Mark Wahlberg and his adorable son Michael were out shopping in L.A.

Alanis Morissette and Ever Imire

Seal and his son Samuel headed to karate class together.

Jennifer Garner took her girls on a healthy outing to the Underwood Family Farms in Moorpark. The trio picked veggies with some family friends.

Singer and new judge on "The Voice" Christina Aguilera carried her 3-year-old son Max after arriving to LAX.

Singer, designer, and mother Gwen Stefani took her kids Kingston, 4, and Zuma, 2, to a birthday party at Kidnastics in L.A.

Kingston plays around on the grass after lunching at Taco Surf.

Sarah Jessica Parker and Her Twins

Nicole Richie and Joel Madden were out in Beverly Hills with their children Harlow Winter Kate, 3, and Sparrow James Midnight, 2.

Daddy's little girl, Honor, played on the swings at the park with her dad, Cash Warren. Honor, 2, will be a big sister in the near future!

Jennifer Garner and daughter Violet ran errands in L.A. together.

Minnie Driver and two-year-old son, Henry Story, headed to a Malibu playground together.

Rebecca Gayheart and daughter Billie headed out in L.A. together to run errands.