On the red carpet for the premiere of HBO's "Entourage," Adrian Grenier, Jeremy Piven, Kevin Connolly and executive producer Mark Wahlberg hinted about a cameo-packed and exciting final season that "ends in a very special way that leaves the door open for hopefully a feature film in the near future."

Piven invited soccer hottie Hope Solo to the premiere. Solo, the U.S. Women's Soccer Team goalkeeper, said of her invite from Piven, "He must be a soccer fan."

Jeremy set the record straight about a possible Charlie Sheen cameo. "No, no. I don't understand the rumor mill." Mark Wahlberg promised the best is yet to come with a few famous New Yorkers joining the "Entourage" crew this season. "We've got A-Rod, we've got Stoudemire, and a couple of other ones you'll enjoy." 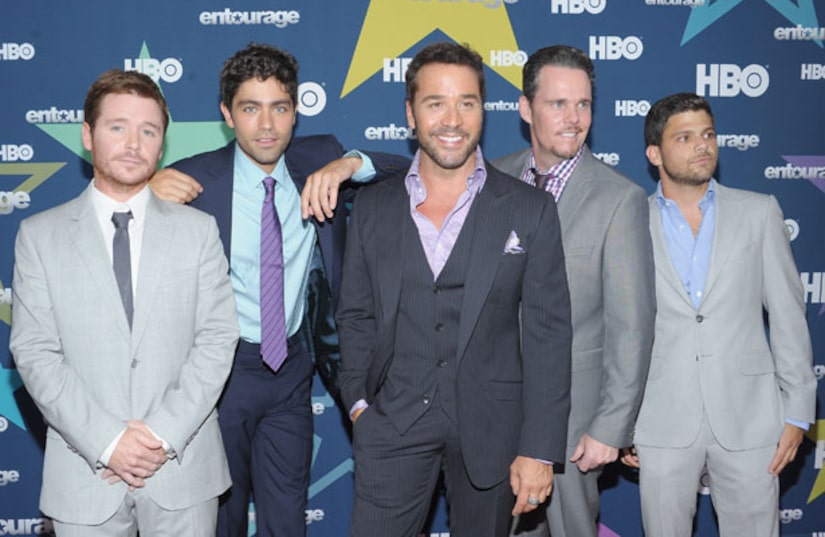 Playing the feisty role of Eric Murphy for the last time, Kevin Connolly said, "There was such a buildup to it. Last season! Last episode! Last week! Last day! Last scene! It was a lot of lasts. Even tonight is the last premiere."

Adrian Grenier declared, "It ain't over yet, man. Everyone's talking about the end. We've got eight episodes... eight great episodes."

Catch the premiere of the final season of "Entourage" on Sunday at 10:30 PM ET/PT on HBO.