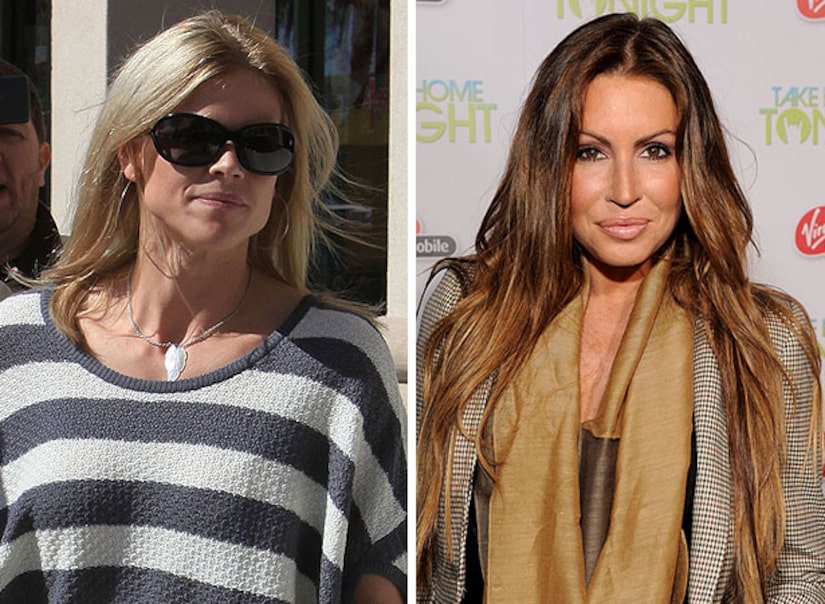 Sources told TMZ that Dingman and Uchitel were living in the same house in Miami when the Tiger Woods scandal broke. The sources said the millionaire bowed out when Rachel got serious with Tiger, but joked, "That's okay. I'll date his wife, Elin."

Nordegren and Dingman have been dating since January. Dingman is the son of billionaire Michael Dingman.

In other Uchitel news, TMZ says she's suing her former lawyer Gloria Allred for allegedly selling her out.

Uchitel claims Allred advised her she to give back most of the $10 million settlement Rachel received from Tiger, curtailing a possible lawsuit involving a violation of the confidentiality agreement Rachel had with Tiger, but then Allred negotiated a deal for her own legal fees to be paid.

Allred has denied the allegations, saying in a statement, "I was not involved in any way in the allegations set forth in the TMZ story which appears today and which references me. I have not had a conversation with or communicated with Jay Lavely about any client in more than a year. I am reserving all of my legal rights and remedies against anyone who defames me."