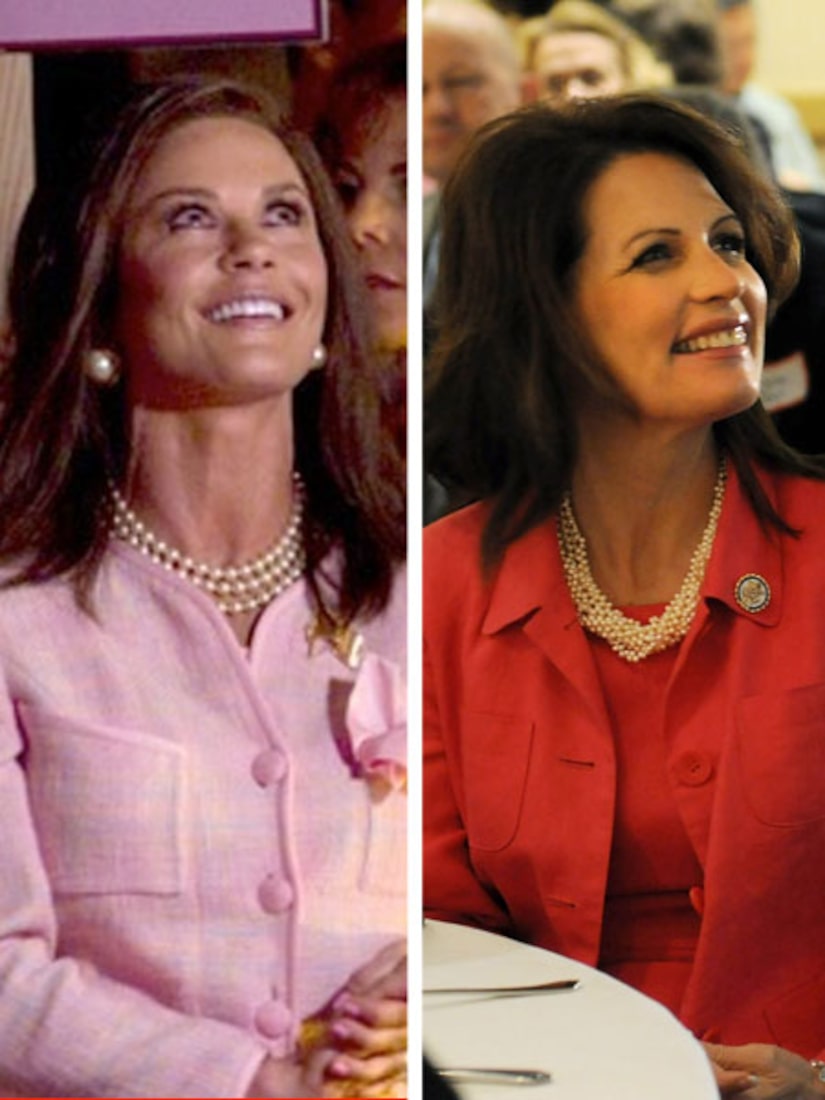 The photo was tweeted by director Adam Shankman, who wrote: "Look at my Catherine Zeta Jones! It's so good to have you back in a musical! So brilliant!"

Zeta-Jones' character is not in the original Broadway number, it was devised to help streamline the story for its big-screen adaptation, according to The Hollywood Reporter.

"It's a character that we only really came to in the last month," Shankman said. "She is this hardcore, moral majority, arch-conservative who wants to shut down rock 'n' roll in the great city of Los Angeles."