Proving they can both be gracious for the sake of their kids and sit down together for a meal, estranged couple Arnold Schwarzenegger and Maria Shriver reunited at their favorite Brentwood restaurant, Toscana, on Thursday, according to X17. This was the first public, face-to-face meeting since they separated in May. 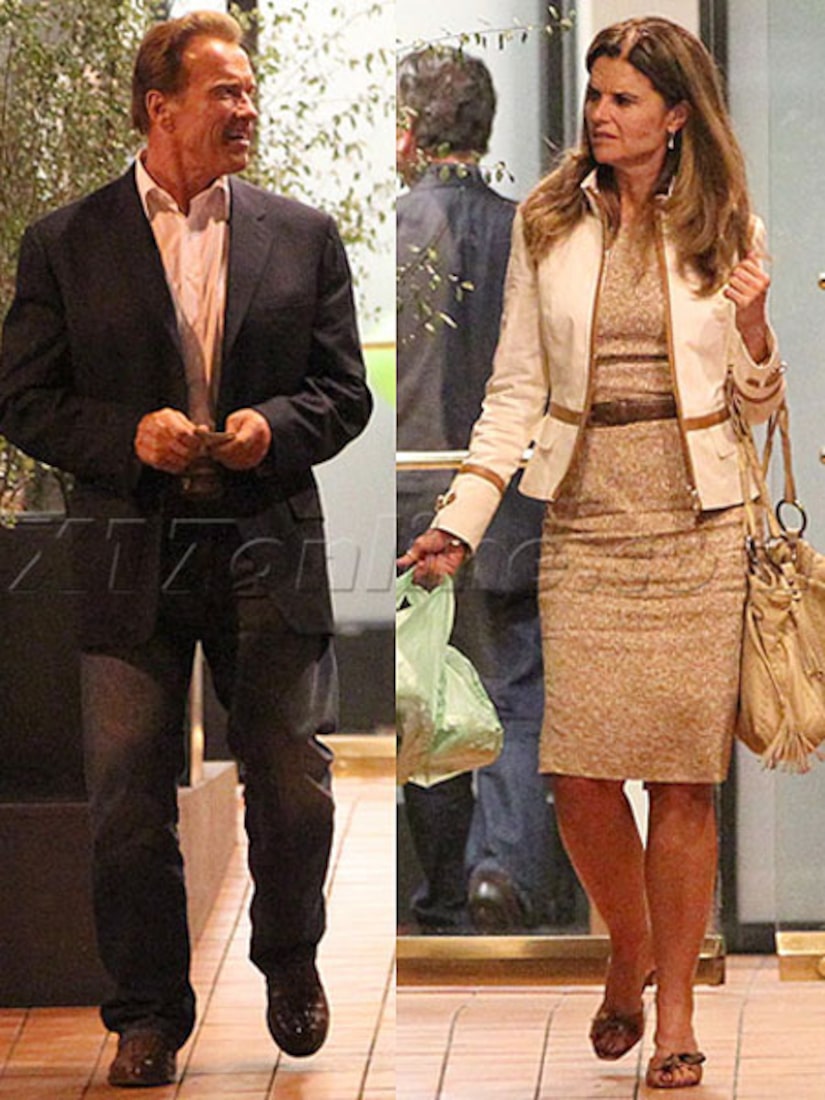 Toscana is a familiar place the couple used to frequent for romantic meals, but Thursday's trip to the Italian eatery was with their son Patrick and several of his pals.

Arnold and Maria showed up and left separately for the graduation bash, and "kept their distance" during the meal. A photographer from X17 observed that "there was no reconciliation going on. They exchanged a few words cordially though."

After a 25-year marriage and four kids, Arnold and Maria are divorcing, following news of the actor's lovechild scandal broke. Shriver has publicly expressed she had been unhappy for the last few years and contemplated divorce in the past. The couple hired a private judge to head their divorce proceedings in order to keep the negotiations under wraps.