Their bitter, multi-million-dollar divorce was official just ten weeks ago, but are Charlie Sheen and Brooke Mueller contemplating a reconciliation? Winning?! 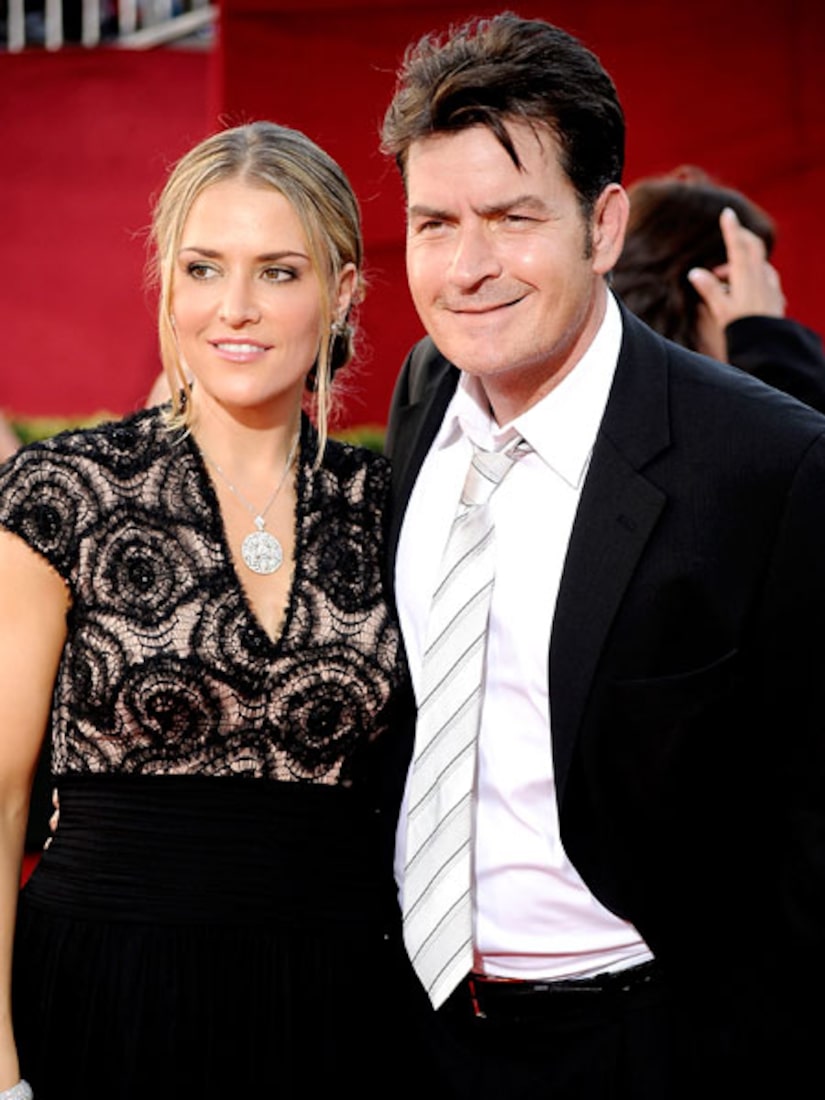 Mueller, who appears on her good pal Paris Hilton's reality show, "The World According to Paris," said she's been "hanging out" with Sheen at his home since his last goddess, Natalie Kenly, ditched the wacky actor.

Brooke is telling friends that she and her ex have a lot in common, including their twin sons, but the 33-year-old acknowledges the couple share a disastrous history of a drug and alcohol-fueled, abusive relationship.

According to The Palm Beach Post, Brooke's mother, Moira Flore, revealed, "They're [Charlie and Brooke] talking about it constantly, and Brooke has been saying she and Charlie are trying to get back together."

Charlie Warms Up to a Winning Roast

E! Online reports, however, that another Mueller family member said, "Charlie and Brooke talk, and I think everything is still friendly between them, but I'm sure it's for the sake of the boys. They are not together as far as I know. Moira's comments were taken out of context."

Whether the two are getting back together or not, Sheen has been keeping his eye on his ex -- tweeting the other day that he's watching Mueller on Hilton's series.

Charlie's split from Brooke is his third divorce; he was previously married to Denise Richards and Donna Peele.