Actress Helen Mirren shows off her sexy patriotic side in the latest issue of Esquire magazine. The actress, wrapped in a Union Jack... and nothing else, proves that age ain't nothin' but a number! 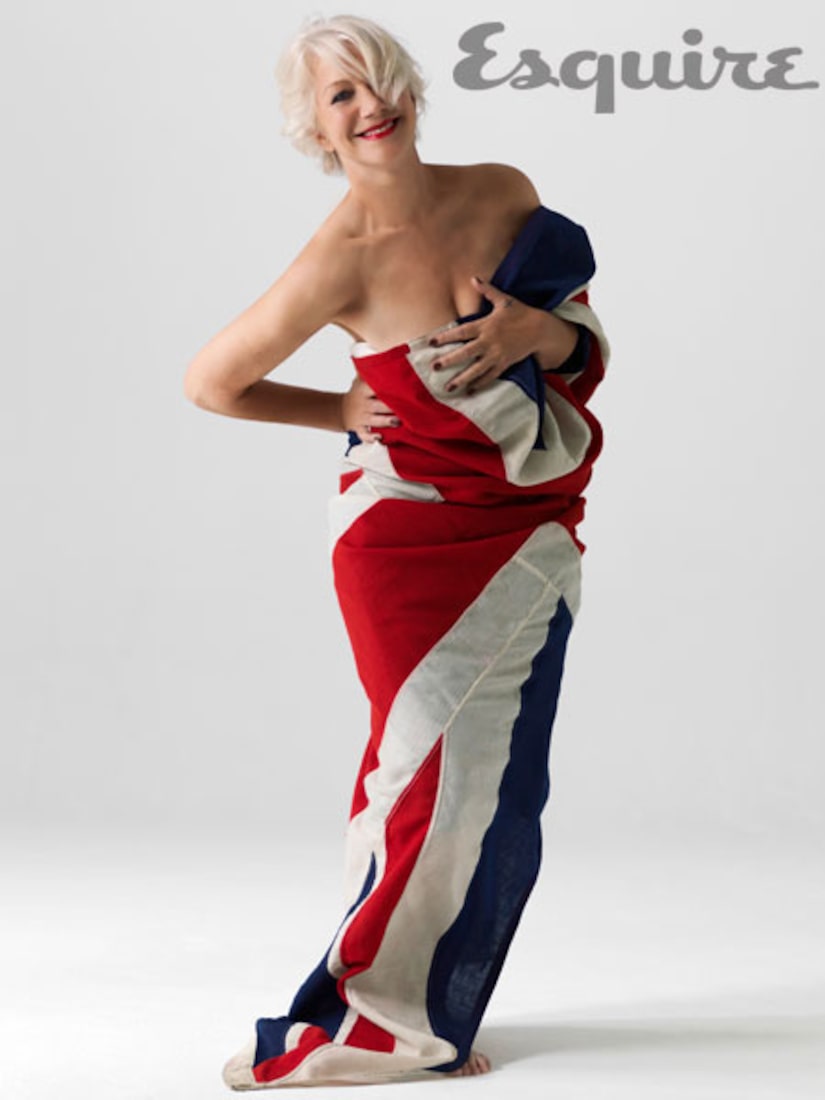 Mirren, who won an Oscar for playing the Queen of England, beat out 25-year-old Megan Fox in the publication's Sexiest Woman Alive competition.

All hail to the Her Majesty -- who can be seen on August cover.