Marking his return to the big screen following the governorship, a lovechild scandal and divorce filing, Arnold Schwarzenegger is preparing for a role as a sheriff in "The Last Stand," in which he will confront a Mexican drug cartel.

Thom Geier, Senior Editor at Entertainment Weekly, speculates, "He's been away from Hollywood for a long time. Coming back for him is going to be a risk, no matter what." 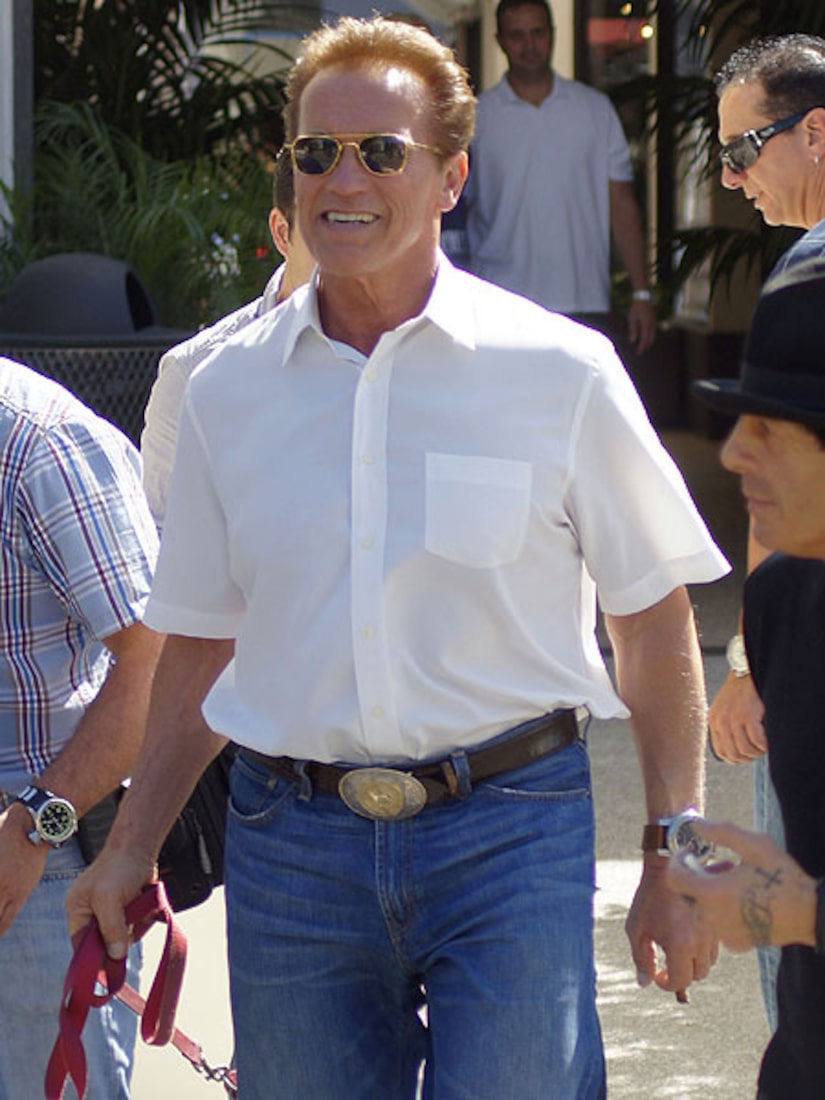 As Schwarzenegger readies for his big screen return, many are anticipating Maria Shriver's next move. Publishers are said to be jockeying in hopes of getting Shriver to pen a tell-all, reportedly offering the mother-of-four a $15-million book advance, although nothing has been signed... yet.

"Extra" reported last month that Arnold signed a major deal with a top NY publishing house, with investigative journalist Ian Halperin revealing of the forthcoming book, "It's gonna deal with a lot of his early life... coming to America as a bodybuilder, also his years as an actor, a politician, and of course, the publisher is pressing him to release all the salacious details about his personal life with Maria Shriver."

On Tuesday, Arnold and his son Patrick caused quite the frenzy while lunching at The Grove's La Piazza. The father-son duo stopped by to chat with "Extra's" Mario Lopez after his interview with Paris Hilton. Patrick, who was on his second day or work at The Grove as a business intern, later tweeted, "Caught up with @MarioLopezExtra and @parishilton at grove today and coincidentally my job had me work security for them. Funny day."