Countering her recent stalker scare, Paris Hilton arrived to The Grove with beefed-up security shielding her every move, as paparazzi scrambled beside them.

Hilton told "Extra's" Mario Lopez, "It is scary because you don't know what frame of mind these people are in. They keep getting in trouble... they keep coming back, and this is now the fourth time for this guy."

"I've been so scared that I have to put a whole new security system in, I have to have armed guards on the beachfront and on PCH to guard my house." 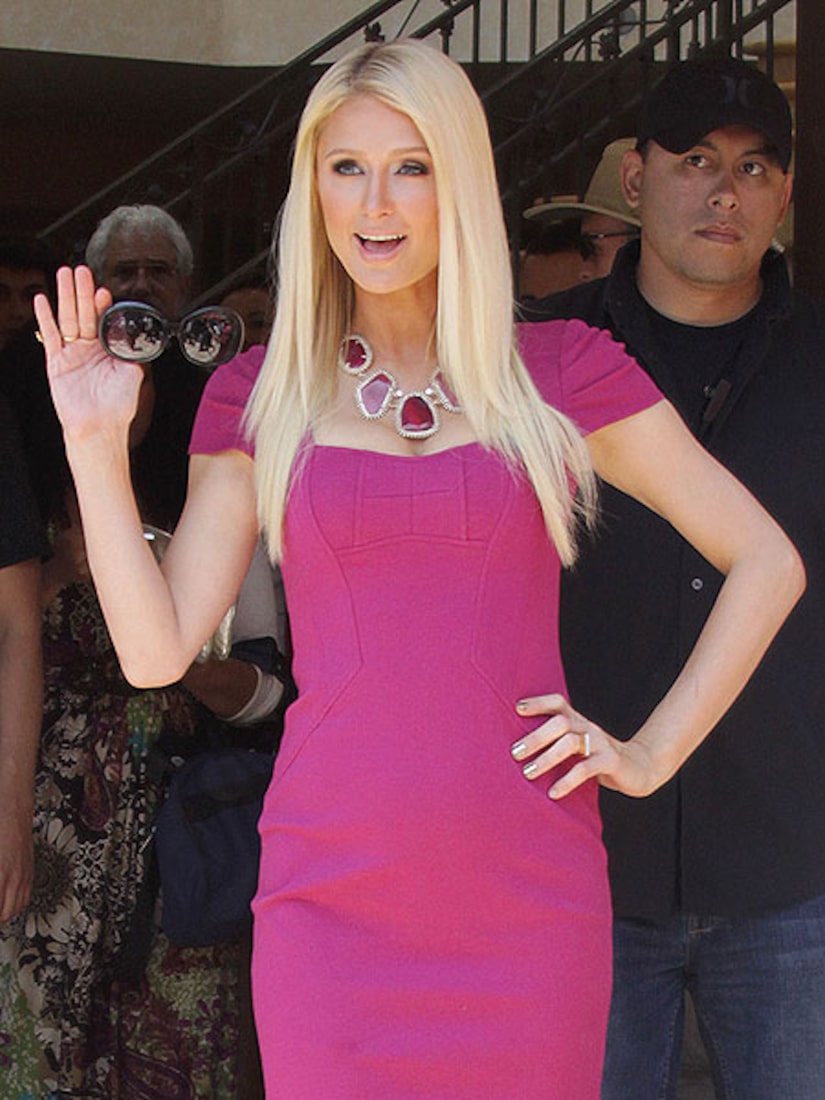 The stalker, James Rainford, was spotted looking inside the reality star's Malibu home on Fourth of July weekend. He was arrested after Paris called police.

The star of "The World According to Paris" also revealed she made a visit to a psychic with pal Brooke Mueller. "I did talk to the psychic," Hilton said, adding, "I asked her if the last guy I was with [Cy Waits] was the one, and she didn't really answer, so..." Mario chimed in, "That was the answer."

Paris replied, "I think she was right."