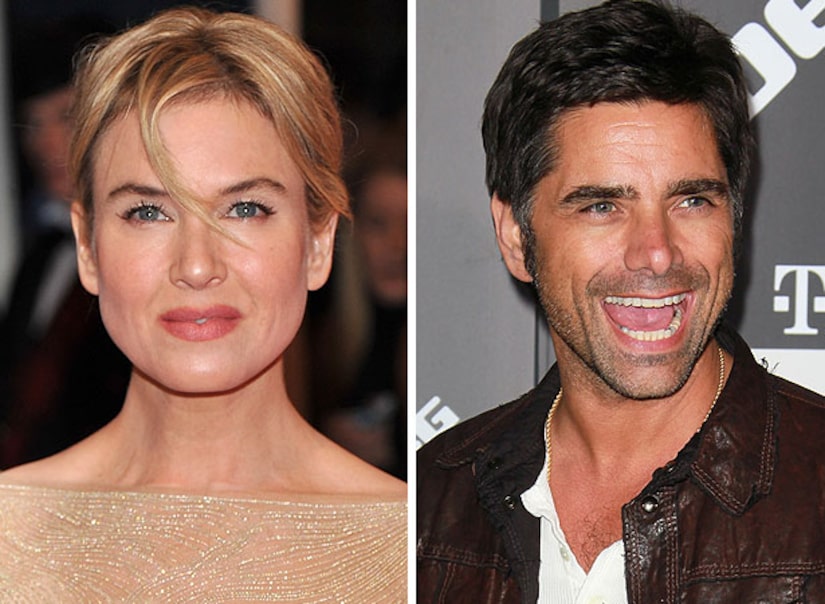 The two were spotted at Disneyland together on Monday, Us Weekly reports. The 42-year-old Oscar winner and Stamos, 47, "were having a great time laughing and dancing as they walked from one ride to another," one witness told Us.

Although wearing a baseball cap, Stamos was immediately recognized by fans, but Zellweger was harder to spot. One fan asked the actress to take their picture with the "Full House" actor, saying, "We actually didn't recognize her until they were leaving, and she handed my phone back to us!"

Zellweger split with Bradley Cooper in March after nearly two years together. Stamos was married to Rebecca Romijn from 1998 to 2005.