Anthony Weiner and wife Huma Abedin escaped to Miami for a romantic weekend getaway to celebrate their first wedding anniversary. 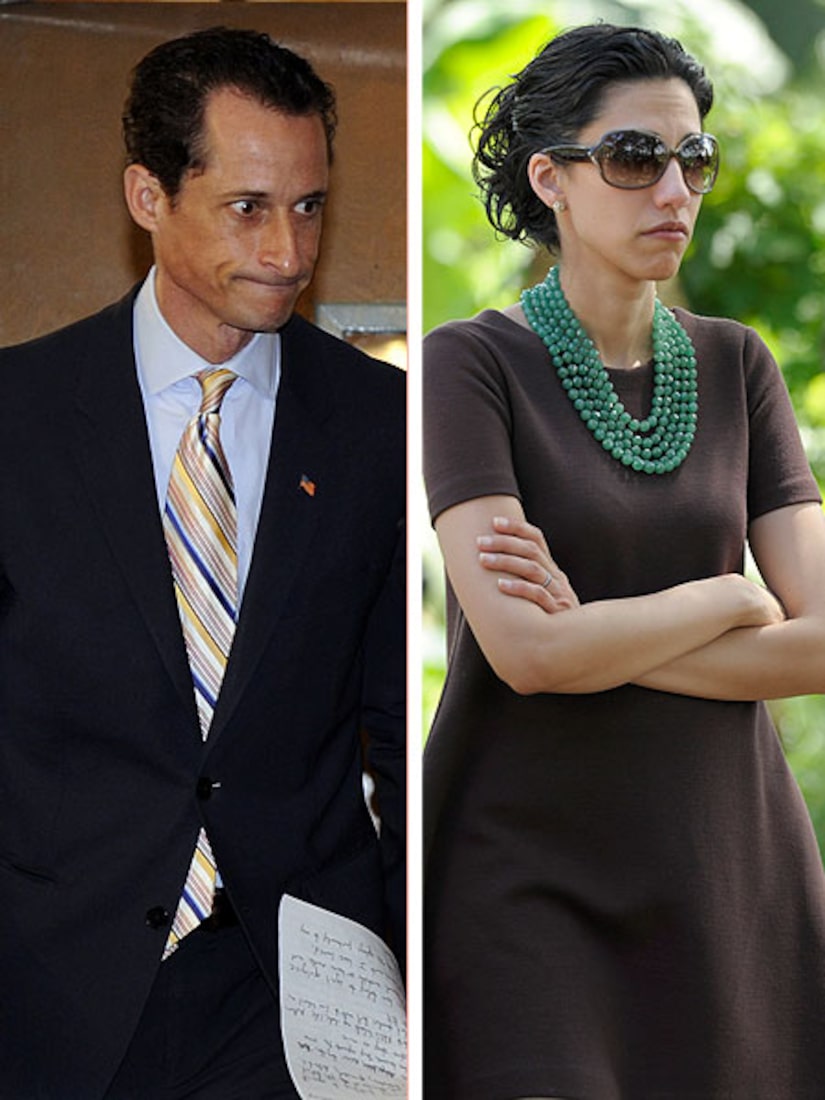 The couple, who married in Long Island, looked like they had patched things up and seemed very much in love, according to Page Six.

The two were spotted dining with friends at trendy Miami steakhouse Prime 112 on Saturday night. Despite the recent scandal, they were affectionate. hand in hand, and looked as if they were having a wonderful time -- laughing it up at the table.

They dined in the Lion Room, which is has a curtain at the entrance, partially closed.

According to onlookers, Huma's baby bump was noticeable, even though she wore loose clothing. After dinner, the disgraced Congressman and his wife went for a relaxing stroll down Ocean Drive.