The Duke and Duchess of Cambridge walked the red carpet in Santa Barbara, speaking exclusively to "Extra's" Adrianna Costa when she asked, "How has your time been here?" Prince William turned to Costa and replied, "Good thank you, very good." 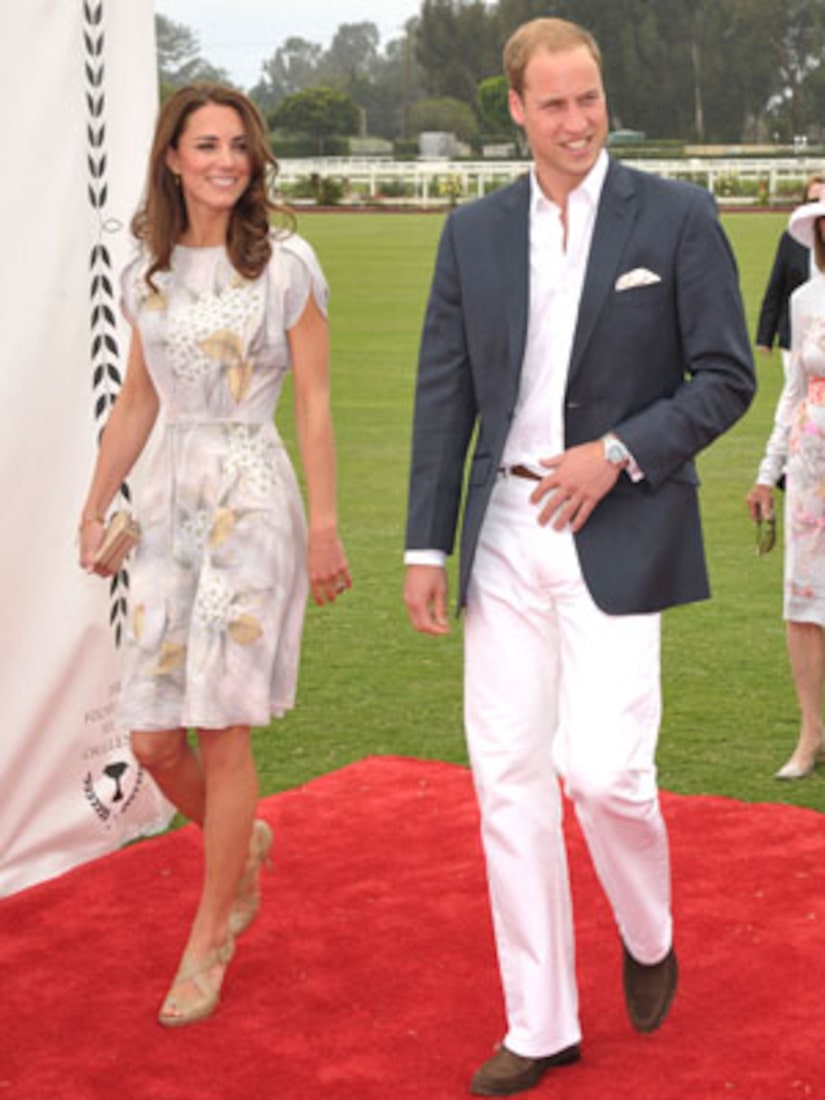 Joining William and Kate, who arrived by helicopter from Los Angeles, were Hollywood's most glamorous royal watchers, who paid big bucks and drove a long distance to see the polo match at the Santa Barbara Polo & Racquet Club on Saturday afternoon.

Among the A-listers who rubbed elbows with the celebrated Brits were Tom Hanks and Rita Wilson, Nicole Kidman and Keith Urban, Jennifer Lopez, Rosario Dawson, and David Beckham... who arrived solo before his wife Victoria gave birth to their daughter, Harper Seven, the very next day.

Jason Bateman soaked the royal moment in before saying, "Wait a minute... where am I? G**damn it, driver! Shrek is at the Pantages! Am I not at the Pantages?"

Actress Rosario Dawon said, "It's a new generation of royalty, and they represent it really well."

CNN talk show host Piers Morgan joked that William and Kate could "come to my hotel" for a bit of fun, adding, "We could hang out. It's not a problem. I could offer them discretion."

Prince William, who scored four goals, led his team to victory and raised millions for charity. He earned wild applause from the audience after the match was over, and when the crowd yelled, "Kiss!" Kate gave her husband a slight embrace and a kiss on each cheek. 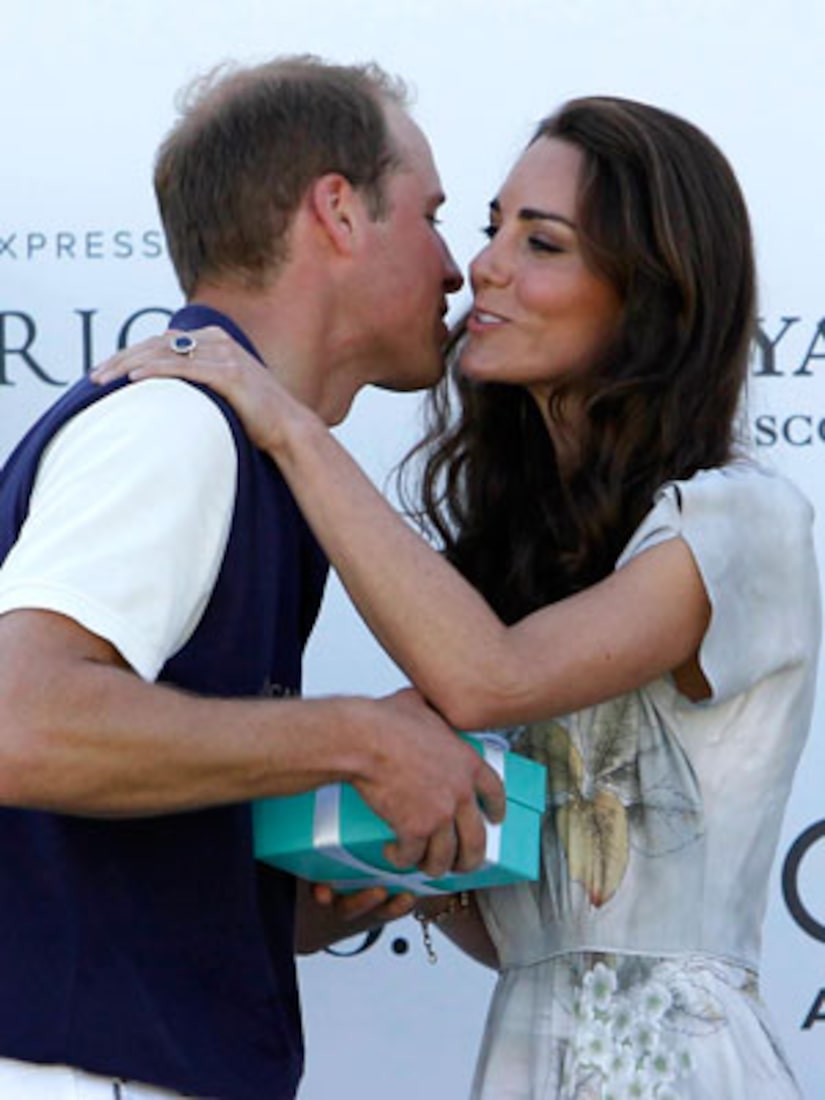 The match was an enjoyable way for the couple to enjoy the afternoon, who are otherwise spending most of their three-day trip to Southern California promoting British business ties to the U.S. and highlighting charity work.

Sunday marked the end of their North American royal tour, and 17 Highway Patrol officers escorted the couple to LAX before they boarded a British Airways commercial plane back to England... first class, of course. 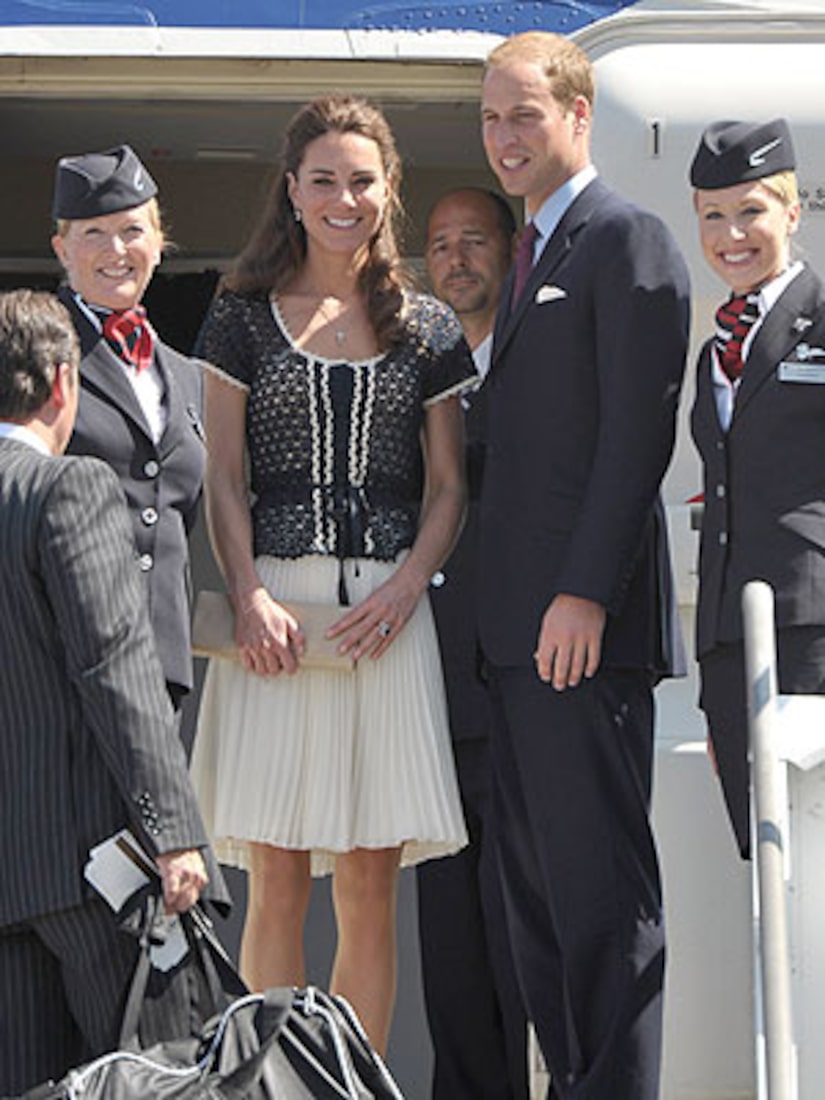 Here is video of the couple arriving to the BAFTA event after the polo match.