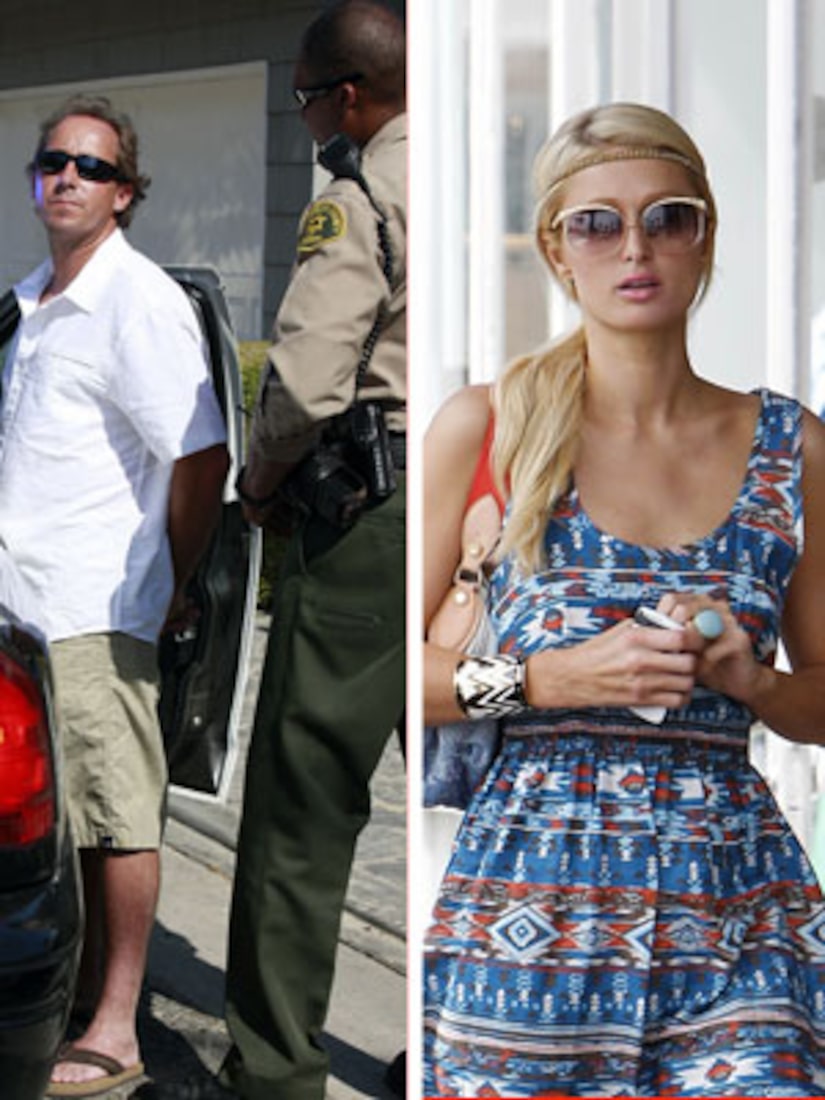 Paris Hilton's Fourth of July took a scary turn when a known stalker, whom she already has a restraining order against, was arrested outside her beach house in Malibu. According to reports, James Rainford was spotted looking into Paris' beachfront property and lounging in front of the home.