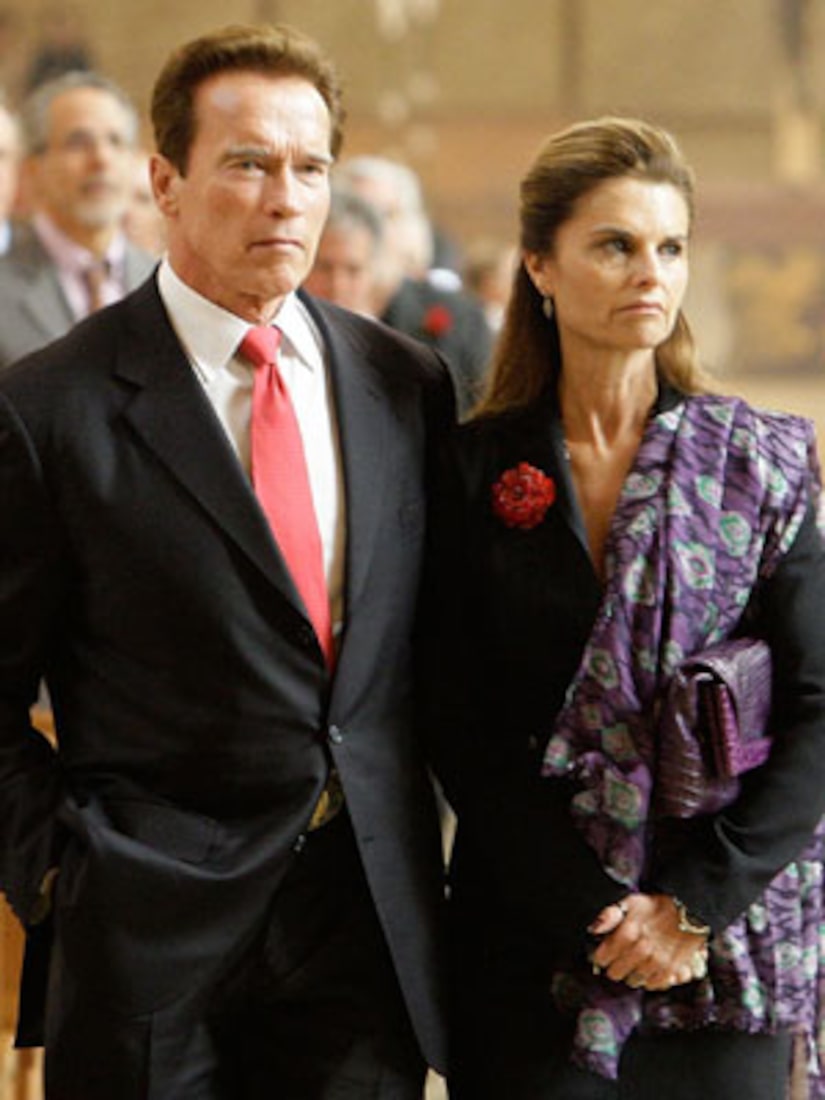 After 25 years of marriage, Maria Shriver has filed for divorce from Arnold Schwarzenegger on Friday.

The move comes six weeks after Schwarzenegger revealed he fathered a love child with his housekeeper of 20 years, Mildred Baena.

The divorce documents, which cited irreconcilable differences, did not indicate whether the couple had a prenuptial agreement, but it is believed the high-profile pair does not have one, which means Maria will most likely receive half of Arnold's wealth.

The pair were wed in 1986 and have four children together. Their two sons, Patrick, 17, and Christopher, 13, are still minors and Shriver has petitioned for joint custody.

Schwarzenegger and Shriver first announced their separation in early May.