The father of supermodel Linda Evangelista's four-year-old son, Augustin James, is billionaire Frenchman Francois-Henri Pinault, who happens to be married to Salma Hayek, according to the NY Post. 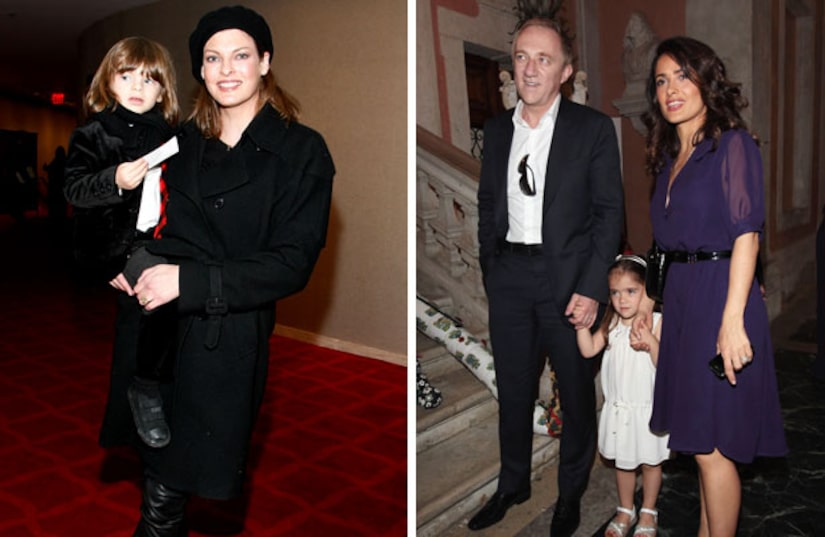 The supermodel had previously denied Pinault was the boy's dad in 2007, but Evangelista showed up to court Thursday to come to a support agreement with the billionaire.

Pinault, who owns Gucci, Bottega Veneta and Yves St. Laurent, is the baby daddy to two four-year-olds... from two different mothers. One child is his daughter Valentina, whom he fathered with his then-girlfriend Salma, and the other is Augustin.

The wealthy CEO and Evangelista conceived their son in early 2006, when Pinault was reportedly separated from Hayak, whom he married in 2009.

Linda, 46, has lied in the past to protect her son and Francois, claiming the boy's father was "a New York architect."

Thursday's stop to Family Court is Evangelista's third or fourth time, and no agreement was reached, making a fall support trial most likely, according to a court source.

Due to a misunderstanding, Pinault did not show up to court, his lawyer David Aronson said. "We had understood that it was to be a brief, telephone conference, to bring Magistrate Troy up to date on what the status was," Aronson explained.