America's most patriotic holiday is here, and moviegoers have their pick of the summer's blockbusters to watch over the Fourth of July weekend. 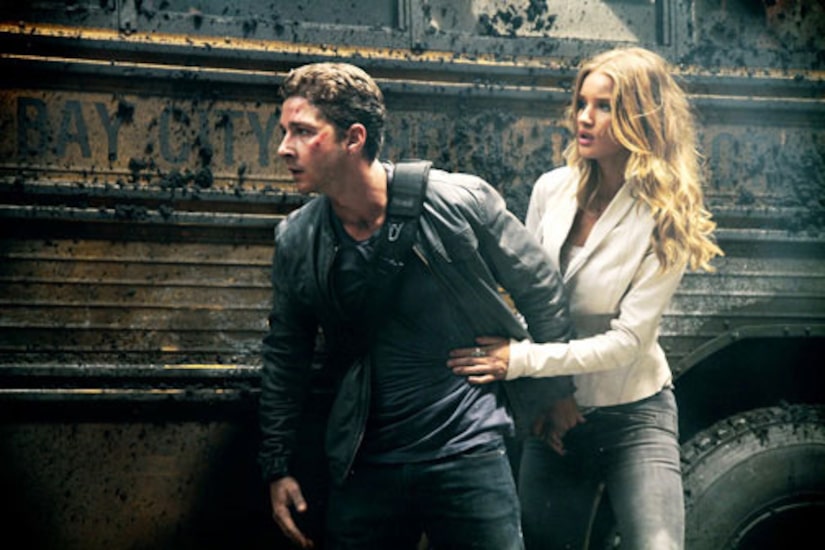 "Transformers: Dark of the Moon" is looking like it will cash in as the number one movie this weekend.

"Larry Crowne" and "Monte Carlo" will both make wide release debuts as well, and if all goes well with fans wanting to see the lovable duo of Hanks and Roberts, the comedy is expected to pull in a whopping $30 million.

The remaining movies topping off the box office top five during the long weekend will go to Disney's "Cars 2," in the number two spot, followed by "Larry Crowne," "Bad Teacher," and "Green Lantern" and "Super 8" tied for fifth.

Here are the box office projections for this red, white and blue weekend!

Who: Chris Hemsworth, Natalie Portman, Anthony Hopkins, Idris Elba, Ray Stevenson, Kat Dennings, Stellan Skarsgard; directed by Kenneth BranaghWhat: "Thor," the latest Marvel comic book adaptation follows the powerful but arrogant warrior Thor (Hemsworth), who is stripped of his superpowers and cast out of the fantastic realm of Asgard to live on Earth. Once there, he warms up to his new environs and soon becomes the humans' defender when angry gods come calling.

'Pirates of the Caribbean: On Stranger Tides' (May 20)

Who: Johnny Depp, Penelope Cruz, Geoffrey Rush, Ian McShane; directed by Rob MarshallWhat: Capt. Jack Sparrow and Barbossa embark on a quest to find the elusive Fountain of Youth, only to discover that Blackbeard and his daughter are after it, too.

Who: Bradley Cooper, Ed Helms, ZZach Galifianakis, Justin Bartha, Liam Neeson; directed by Todd PhillipsWhat: Phil, Stu, Alan and Doug travel to Bangkok for Stu's wedding. And in what manner of mayhem will they find themselves in this time?

Who: Cameron Diaz, Justin Timberlake, Jason Segel, Phyllis Smith, Lucy Punch; directed by Jake KasdanWhat: A comedy centered around a foul-mouthed, junior high teacher (Diaz) who, after being dumped by her sugar daddy, begins to woo a colleague (Timberlake) — a move that pits her against a well-loved teacher (Punch).

Who: Tom Hanks, Julia Roberts, Bryan Cranston, Wilmer Valderrama; directed by Tom HanksWhat: After losing his job, a middle-aged man reinvents himself by going back to college.

'Transformers: Dark of the Moon' (July 1)

Who: Shia LaBeouf, Rosie Huntington-Whiteley, Josh Duhamel, Hugo Weaving, John Malkovich, Patrick Dempsey; directed by Michael BayWhat: The Autobots learn of a Cybertronian spacecraft hidden on the Moon, and race against the Decepticons to reach it and learn its secrets, which could turn the tide in the Transformers' final battle.

Who: Jennifer Aniston, Jason Bateman, Charlie Day, Jason Sudeikis, Colin Farrell; directed by Seth GordonWhat: Three friends conspire to murder their awful bosses when they realize they are standing in the way of their happiness.

Who: Kevin James, Rosario Dawson, Ken Jeong; directed by Frank CoraciWhat: The animals at one particular zoo decide to break their code of silence in order to help their lovable zookeeper gain the attention of one particular woman.

Who: Daniel Radcliffe, Emma Watson, Rupert Grint, Ralph Fiennes; directed by David YatesWhat: The end begins as Harry, Ron, and Hermione go back to Hogwarts to find and destroy Voldemorts final Horcruxes, but when Voldemort finds out about their mission, the biggest battle begins and life as they know it will never be the same again.

Who: Justin Timberlake, Mila Kunis; directed by Will GluckWhat: The relationship between two friends gets complicated when they decide to get romantic. Wait, didn't they make this already with Natalie Portman and Ashton Kutcher?

Who: Daniel Craig, Harrison Ford, Olivia Wilde; directed by Jon FavreauWhat: It's 1873 and roughneck cowboys rule the Wild West. But when a spaceship arrives to take over the Earth, a small posse must band together to defeat the aliens. Oh yeah, this is gonna be goooood.

Who: Jason Momoa, Rachel Nichols, Ron Perlman, Rose McGowan; directed by Marcus NispelWhat: A remake of the Arnold Schwarzenegger cult classi, the film chronicles the tale of Conan the Cimmerian and his adventures across the continent of Hyboria. He is on a quest to avenge the murder of his father and the slaughter of his village. What else?